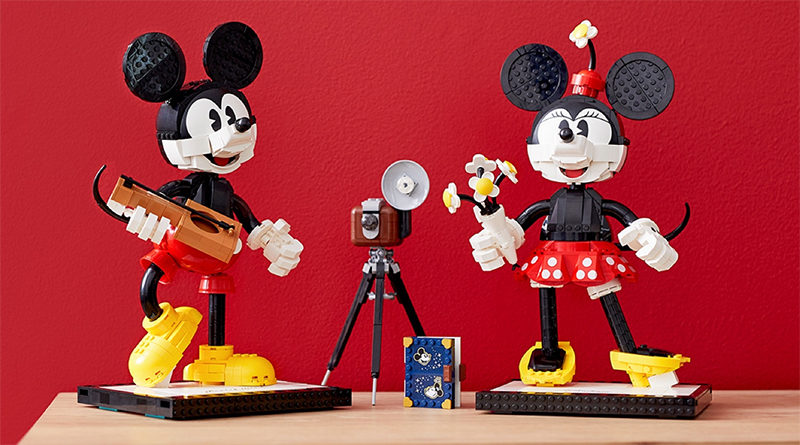 Another new LEGO product has been unveiled, with Disney 43179 Mickey Mouse & Minnie Mouse Buildable Characters revealed in this image.

Turning up a few days ago on the LEGO.com servers, this new image reveals LEGO Disney 43179 Mickey Mouse & Minnie Mouse Buildable Characters – a new 18+ model for Disney fans. The set is due for release on June 17.

Initially, the LEGO Group asked Recognised LEGO Fan Media participants not to share the image, but today decided that it in fact could be published.

Unlike 71040 Disney Castle and 71044 Disney Train, this set avoids minifigure scale and instead offers fans sculptures of the two most famous characters in the Disney library. As the icon of the studio, Mickey Mouse is synonymous with Disney, with Minnie Mouse having appeared alongside him sicne the beginning in 21317 Steamboat Willie.

43180 Belle’s Castle Winter Celebration recently expanded the LEGO Disney theme, as the only new set released in the theme. As a 4+ set, it is very basic in it construction but does include most of they key characters from the classic Disney animated film – Belle, Beast, Lumiere, Cogsworth, Mrs Potts, Chip and Wardrobe.