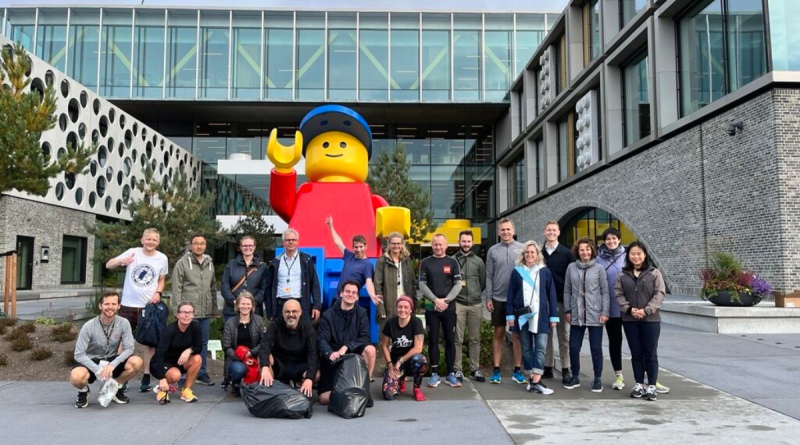 A group of LEGO Group employees in Billund are using their spare time to pursue an environmentally-focused hobby.

“For a few months now, LEGO colleagues from various departments at our headquarters in Billund, Denmark, have been participating in plogging – or picking litter while jogging,” reads a LinkedIn post from the LEGO Group. “It all started when our colleague Andrew Sherwood, Environmental Waste Specialist, was invited to ‘plogging’ on a Copenhagen beach, with the offer of a free breakfast afterwards. He enjoyed it so much, that he decided to start his own group.”

Since then, some LEGO Group colleagues have been taking part in monthly ‘plogging’ sessions in Billund. Both walkers and runners work together to remove plastic and other litter from streets and bushes. So far, they have collected more than 40kg of waste off the streets — that’s double the weight of LEGO Star Wars 75192 Millennium Falcon.

This comes just as the first LEGO set to include paper bags was revealed, after several years worth of promises from the LEGO Group. The company’s goal is to transition completely by 2025 as part of its wider environmental strategy, which includes supporting a carbon-neutral factory in Vietnam.