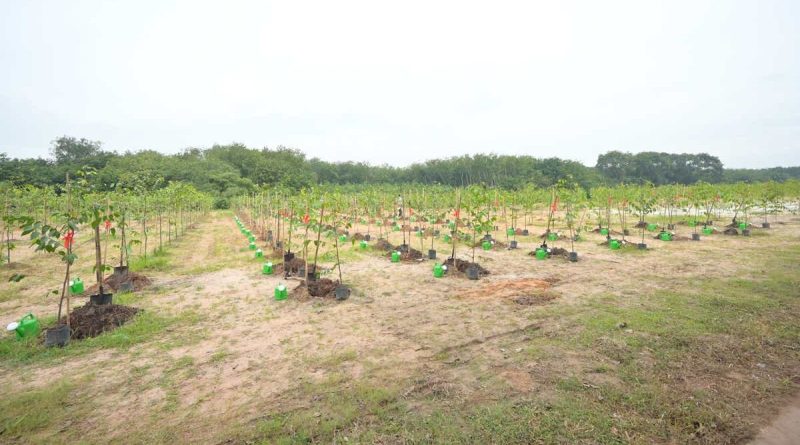 A plan to plant 50,000 trees close to the new LEGO factory site in Vietnam has been confirmed as part of the LEGO Group’s sustainability ambitions.

At the end of 2021, the LEGO Group revealed that their first carbon-neutral factory would be coming to Vietnam in 2024. An update to this $1 billion project has confirmed that construction is starting in November 2022 but this will, unfortunately, require the removal of around 25,000 trees.

However, the LEGO Group has announced plans to plant 50,000 trees in their place in the area surrounding the factory as part of the company’s continued sustainability efforts.

“We are excited to now have started the planting of 50,000 trees, as it marks the first of many activities on our sustainability journey in Vietnam,” said Preben Elnef, Vice President and Program Lead for the LEGO Group in Vietnam. “A key reason for locating our new factory in Vietnam was the strong support from the Vietnamese government when it comes to our environmental sustainability agenda, and we look forward to their continued support during the construction phase.”

More details on the factory have also been confirmed with investment in a solar farm to power the factory’s operation also part of the LEGO Group’s plans.

“As we progress as planned on establishing our new factory in Vietnam, it is key for us to deliver on our ambition to operate the factory with a minimal impact on the environment. We will do so by investing in a solar farm to provide energy to operate the factory and we are exploring many other initiatives that will make our new site a global lighthouse for sustainable operations.”

One other initiative to support the area has also been announced as the LEGO Group has partnered with a local school by bringing the students a Build the Change workshop. Currently, the new factory is scheduled to open in 2024 as the first carbon-neutral factory, though another will be coming to Virginia in 2025.