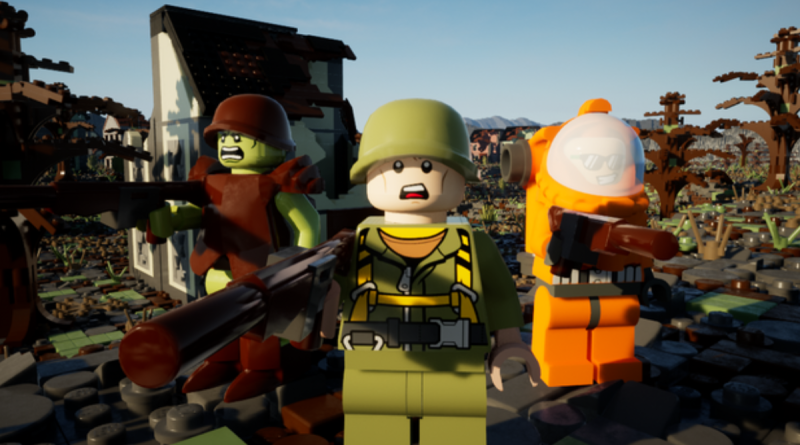 Explore a LEGO Wasteland in a fan-made, brick-built version of Fallout – which you can play for free.

YouTuber ThrillDaWill has created an early-stage test of L3GO Fallout, with impressively accurate graphics. Fallout is a series of post-nuclear roleplaying games, where players must explore a barren Wasteland and find ways to survive the end of the world.

The setting is a lot grittier than most official LEGO video games and the opening play-through scenes confirm that, with the player meeting a skeleton in a dark series of alleys. The game opens up quickly to the Wasteland, showing you more of the aesthetic of the game.

It truly looks like you’re running through a life-sized LEGO set, with exposed studs giving the effect of uneven terrain. While there’s not too much to explore just yet, as the game is very much in its early stages, there are some abandoned vehicles and dying trees, all made from real-life LEGO pieces, to break up the lifeless nuclear landscape.

Plus, there are already some enemies for you to battle, including Radroaches and the fan-favourite Fat Man from the original Fallout series. To face them down, you’ll also find guns and ammo near the beginning, with more to loot as you travel through the Wasteland.

Creator ThrillDaWill acknowledges in the description of the game that you may well encounter “endless bugs [and] glitches”, but from the look of this game player from YouTuber TKs Mantis, there’s still plenty to explore even in this early version of the game.

The game also features various detailed customisation options, to reflect its source material. You can choose from a number of heads and hairpieces to make your LEGO in-game avatar truly your own.

The fan-made game is completely free to play and available to download now.