A spokesperson for the LEGO Group has confirmed that fans have helped the company combat clone brands, such as Lepin, who produce knock-off products.

One month ago, Shanghai Police raided the factories of Lepin, the brand that has been producing knock-off LEGO sets for years. Unfortunately, it seems that the clone brands continue anyway, with other brands reported to be filling the gap.

In an interview with the BBC reported by Marketplace, LEGO China’s Vice President and General Counsel Robin Smith explained some of the ways that the company deals with those infringing on LEGO copyrighted material.

She explained how the LEGO Group finds out about knock-off products:

I would say our sales force sees them in the marketplace, and we get word from outside counsel who may be out shopping. We get word from customs seizures about different copycat companies. Then, also, there are raids that are done by government authorities. They may be looking for something else, but sometimes they find a lot of other copycat products. We have private investigators that are also out in the marketplace at certain times, trying to give us a good picture of the landscape.

“there might be an area that’s known for having copycats or counterfeit products. So they will go and check that out to see what’s there, and bring that information back to us. Then we figure out how we either can act on it or whether the authorities would be interested in the information,” Smyth added, elaborating on the work of private investigators. 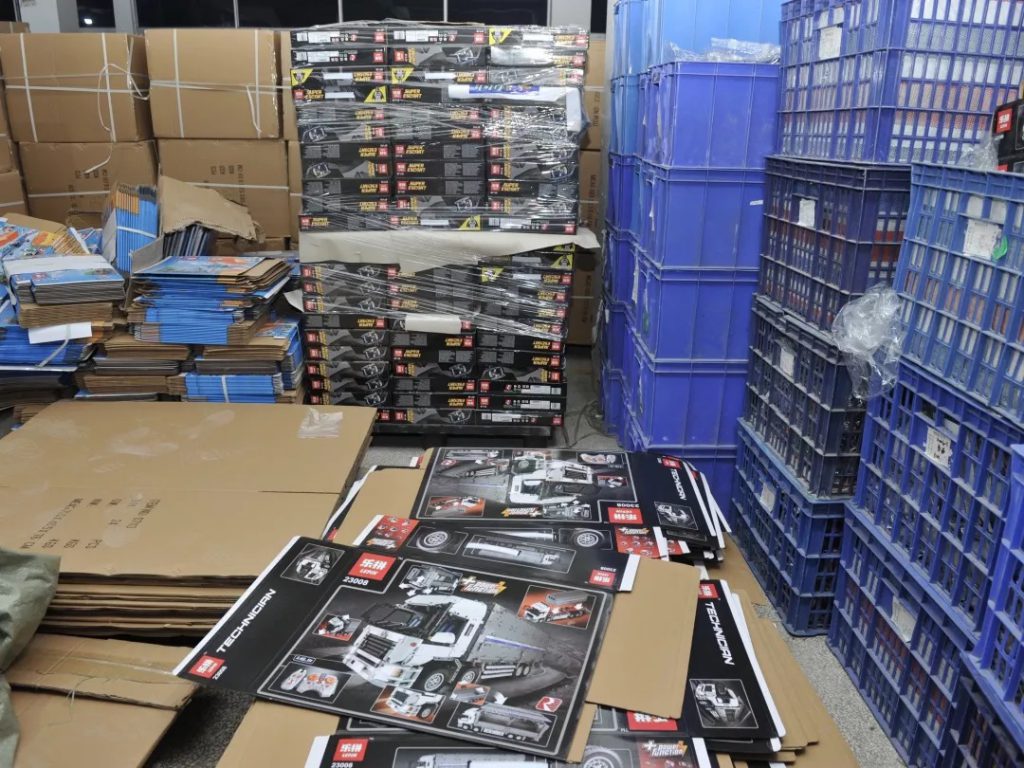 An important part of the mix it turns out, is AFOLs (Adult Fans of LEGO) reporting the knock-offs: ”they actually will send us sets in the mail with the receipts so that we know where they found it and how much it cost. And I’ve had some fans that have been doing that for all 20 years that I’ve been with the company, which is fantastic.”

Brick Fanatics has covered a number of instances in which the LEGO Group’s intellectual property has been stolen, with the products sometimes sold in stores that would be expected to sticking with reputable manufacturers.

Smith concluded by emphasising the safety angle: “With copycat products, you get no guarantee on the safety of what you’re going to get in the package. I’ve actually seen a lot of things in with copycat bricks, in sets that are trying to look like LEGO sets. You see tree branches or insects or candy wrappers. You name it. I think in 20 years I’ve seen lots of different things go in there.”

In the UK, the Lepin trademark was successfully cancelled after the LEGO Group took action against the company. Last November, a court case also went in favour of the Billund based company, as the tide seemed to finally be turning against the clone brands using the LEGO Group’s intellectual property.