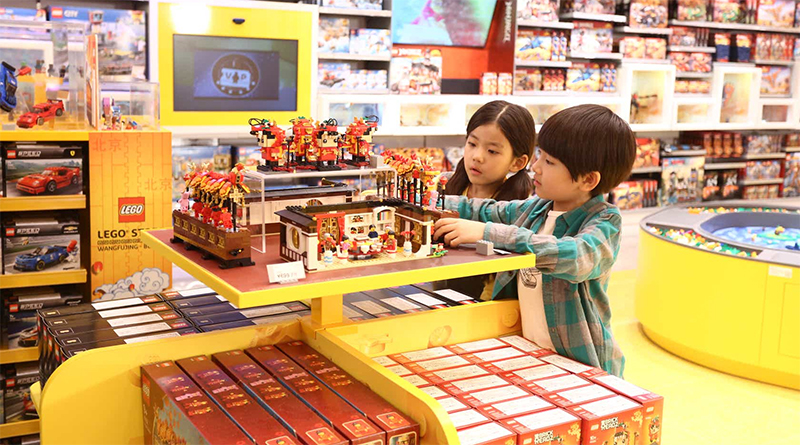 The LEGO Group continues the company’s expansion in China with a new flagship store later this year.

With the LEGO Group pursuing an aggressive expansion strategy in China, the company has announced that a new flagship store will open in Shenzhen City, Guangdong Province in the second half of this year.

The new retail location will open in the COCO Park shopping centre in Futian District of Shenzhen, making it the fifth flagship store in the country.

“We are excited to open a new flagship store in Shenzhen, a vibrant city well-known for its innovation spirit,” says Paul Huang, General Manager of LEGO China. “We hope the new store can bring the creative LEGO play to more children in Shenzhen and the south China region, inspiring their creativity and imagination, and helping them learn through play.”

The LEGO Group has shared a few facts about the existing stores:

Shanghai People’s Square: The second LEGO flagship store in China. Opened on September 27, 2018, the store is located at Nanjing Road East with size of 599 square meters.

Beijing Wangfujing: It is the third LEGO flagship store in China and the first of its kind in Beijing. Opened on February 22, 2019, the store is located at the Wangfujing shopping and entertainment area with size of 626 square meters.

Hangzhou West Lake: The fourth LEGO flagship store in China, which is expected to open in summer 2020.