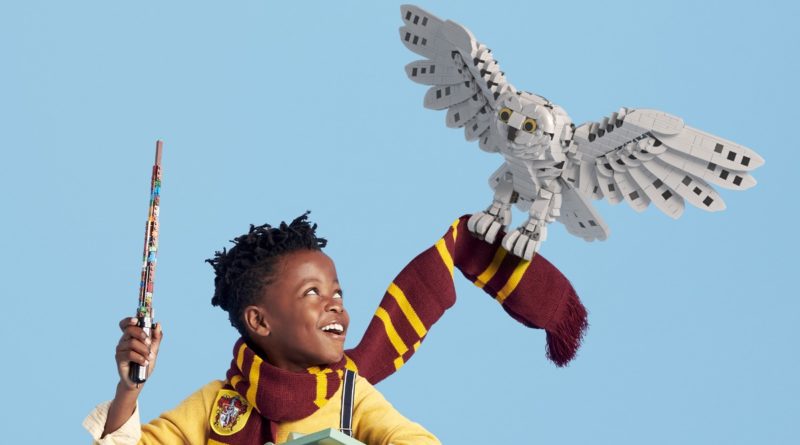 That’s according to Design Master Marcos Bessa, who told Brick Fanatics that the enormous owl in this year’s direct-to-consumer set is based on a model designed by Wes Talbott for the LEGO Group’s current marketing campaign.

“A couple of years ago, our marketing team approached one of our designers and asked them to build a life-size owl for our Rebuild the World campaign,” Marcos explains. “Wes Talbott took on the challenge and did an amazing job with it: the first life-size brick-built owl was born.”

You can check out that poster in full above or over at Behance, where it’s been publicly viewable since February 2021. Unfortunately, the rest of the posters featured in that gallery don’t appear to hold any similar clues to future LEGO sets (unless you reckon the LEGO Group is on the verge of releasing a giant Minecraft bee, that is).

The similarities between Wes’s Hedwig and the final owl in 76391 Hogwarts Icons Collectors’ Edition are obvious, though – and that’s because one model directly inspired the other.

“A few months later we were discussing candidates for the next D2C for LEGO Harry Potter, and wanted to make sure we brought in something unique and different,” Marcos continues. “Since Wes had done such a brilliant job with that first owl, I decided to build a concept idea around it to bring up for discussion with the rest of the team and our partners at Warner Bros.”

The rest of the 3,010-piece set fell into place from there, with the assortment of Wizarding World objects accompanying Hedwig determined between both the LEGO Harry Potter design team and Warner Bros.

“Our IP partner was also keen to include a wand in the anniversary celebration set, so the original sketch included a couple of books, a few potion bottles, a wand and Harry’s glasses, as well as a trio of golden minifigures: Dumbledore, McGonagall and Hagrid,” Marcos adds.

“The owl was quite literally floating above the books, which in turn were stacked on top of each other without any connections. It was a rough digital sketch to convey the idea, but everyone got really excited about it.” 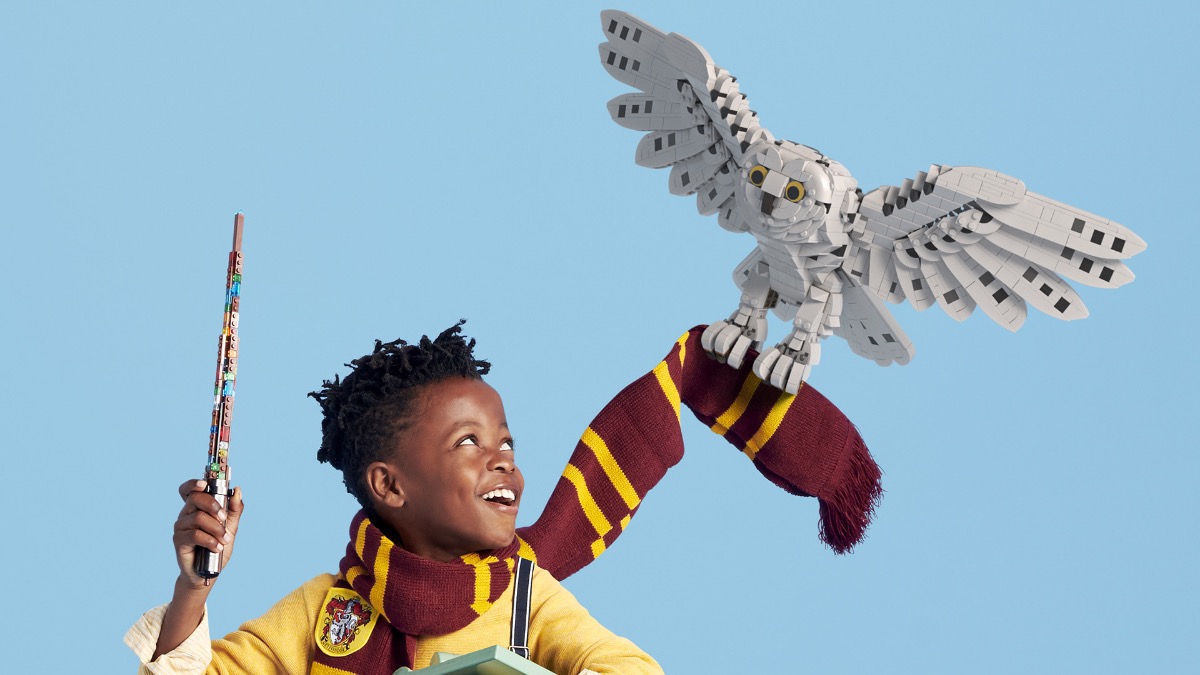