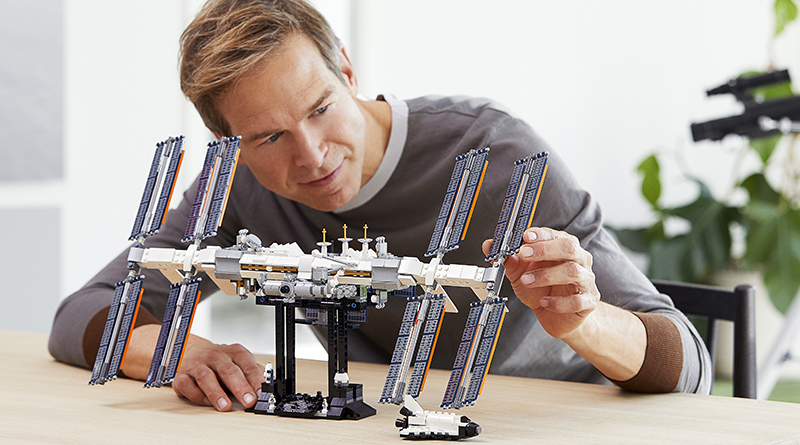 More details and images have been shared about the imminent LEGO Ideas release, 21321 International Space Station.

LEGO Ideas will celebrate 10 years of fan-inspired sets with LEGO Ideas 21321 International Space Station. The 864-piece set will be released exclusively at LEGO.com on February 1, priced at £64.99 in the UK and $69.99 in the USA.

As with many of these luxury adult-orientated sets, the instruction books includes facts and stats about the International Space Station.

This awesome LEGO spaceship model comes with a display stand, a buildable mini NASA space shuttle and 3 mini cargo spacecrafts, plus 2 astronaut microfigures to create a striking centerpiece in any room. Illustrated instructions are included, plus a 148-page booklet with fascinating ISS facts and information about the LEGO fan who created this space model kit and its LEGO designer.

LEGO fan Christoph Ruge came up with the original product idea and seemed to have missed his chance – until the LEGO Ideas selected a handful of past projects for users to vote on for the 10th anniversary, with this model coming out on top.

“We decided that one of these great ideas should have a second chance, so we thought we would turn the LEGO Ideas process upside down,” says Hasan Jensen, LEGO Ideas Engagement Manager. “This time we started the internal review and came up with four exciting projects that we thought showed the greatest potential – and then it was up to the LEGO Ideas community to decide which of the four would be made into LEGO Ideas set number 29. It was great fun to follow the fan vote and we were excited to be able to finally welcome the International Space Station into the LEGO Ideas family.”