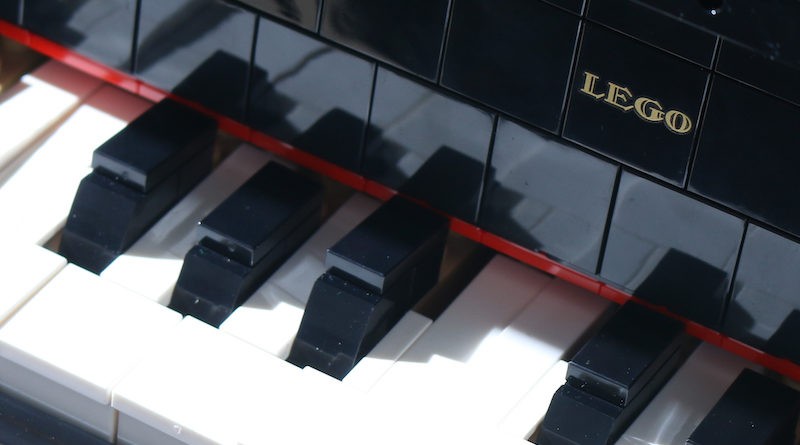 Whilst an intelligent replica of a complicated musical instrument, LEGO Ideas 21323 Grand Piano just fails to hit all the right notes

As you work your way through the multiple stages of the relatively simple, sometimes repetitive, but overall educative construction process behind LEGO Ideas 21323 Grand Piano, anticipation builds for being able to push down on that row of keys and, one way or another, actually play this replica musical instrument.

That that is not possible, though, is 21323 Grand Piano’s biggest failing, in what is otherwise a knowing tribute to one of the world’s finest musical instruments.

Putting to one side the confusion over what’s actually possible with the model’s built-in Powered Up motor and sensors, the biggest sticking point with 21323 Grand Piano is most obvious once it has been built and way before the app is switched on – this set does not allow for a true experience of playing a piano. This is a version of a piano that can play itself, but, because of how that is realised, it cannot be played as you would otherwise expect a model piano to be played, sound or no sound.

The motor and app-related ‘self-play’ function to the piano is built in behind the removeable keyboard and is realised thanks to a Technic axle with various levers attached along it, which runs along the width of the piano, behind the keys. Each lever along the axle is positioned at a different rotation to the ones either side of it (if one points up, the next will be pointing forward, backward or down, and so on), and each lever is lined up to a respective key and designed to lift up its back end (the action frame) and effectively ‘play’ the key by in turn moving it down.

Turn on the app, activate the motor, rotate the axle and see the levers catch and hit down on each respective key.

Incidentally, each lift of an action frame also lifts a second single Technic axle that has been positioned above the action frame. This axle is built in a way to activate a motion sensor every time it moves. Any key along the entire keyboard ‘plays’, up goes this second axle, and the motion sensor is activated and, as per the app, it plays a note. More on what notes are played when later…

Just focusing on the function of movement that this mechanism creates, whilst it is an effective one for watching the piano ‘play’ through some pre-programmed songs included on the Powered Up app, what it doesn’t allow for is a rotation in that long Technic axle where at any one time no levers are activating any keys, due to their randomised position of rotation along the axle. In short, at no single point in the rotation of the axle – in spite of how it seems like it could and should be possible – do you have a clean keyboard with no keys already partially or fully pressed down. Watch the LEGO Designer video closely to see that even the LEGO Group can’t line up the keys so none are already, at least subtly, pressed down. [Update: it has been pointed out (by none other than the set’s incredibly talented fan designer Donny Chen himself!) that page 79 of the instructions, for step 105, demonstrates where in the axle’s placement this should be possible. Unfortunately, from our experience building the set and following these steps, the final build still does not allow for a ‘zero’ axle placement. If you build this set, pay special attention to this step].

For anyone with any experience of playing a piano and hoping to replicate that on this £319.99 LEGO model, it’s a disappointment on what, until that point, is an otherwise fun and authentic experience, thanks to an immersive and interesting build that smartly lifts the lid on the inner workings of a grand piano. It’s not possible for the build to be 100% accurate to the construction of a real grand piano, but there’s enough authenticity and detail in what you build and how you build it, around the LEGO-specific mechanisms, to give most builders a fair and decent understanding of some of the more intricate aspects to a grand piano.

It means that, whilst the Ideas set doesn’t function as you would hope or expect, the build experience and completed model do deliver – from the curvature of the exterior body work and the sheen of the black finish, to the adjustable cover, music stand and lid, and the finely detailed inner workings. From a display perspective, it ticks every box that you would hope a grand piano would. With its size and graceful shaping, a grand piano would usually dominate any room it is in and, likewise, 21323 Grand Piano pulls focus on any shelf, display stand or table you leave it on, for similar reasons. This is a set that more than just includes different aspects of its source material – it crucially marries them together to capture the same identity and presence felt in a real grand piano.

But the aura of a grand piano is only half of the experience. Playing it is the other half, and, beyond the inability to enjoy an even keyboard with no keys already pressed down, the other issue with play comes in how the app functions alongside the model.

Brick Fanatics is reviewing this from the perspective of being able to play the piano, with the experience and understanding of what it means to be able to create and replicate sounds on a piano; from tempo to crescendo. With that in place, it is jarring to find that it is the Powered Up app that will dictate the songs and sounds you hear and play. Regardless of your skill level at playing the piano, you want to be able to press a key and hear a sound that corresponds – instead, in the ‘Play’ function of the app, which has preprogrammed songs for you to ‘play’ along to, you are able to aimlessly hit any key, at any tempo, and hear the next note in the song correctly play. This includes even hitting multiple keys at once, meaning that ultimately, for a set that is targeted at adults and marketed towards those with an interest in music and the piano, one of the key play features is as juniorised as you can get.

There are some classic piano songs available on the app, such as Für Elise, that even come with correct sheet music displayed. Yet, when you can strike any random key to ‘play’ the song, it truly misrepresents the purpose of playing a piano in the first place – on a real grand piano, it is the very essence of how you create sounds, firstly by playing the right key, and then again by putting the right weight and tempo behind each note.

Additionally, even if you know which keys to play, and try to follow the correct notes which are on the app, the experience feels very clunky and disjointed, without proper weight or spacing to the keys, making it hard to play it as you would a normal piano, regardless of the size of your fingers. [Update: it is fair to note that with just 25 keys on the LEGO model, playing Für Elise would not be possible either way. However, an entire octave of notes would fit within 25 keys and allow for some of the basics of the piano to be learned and played].

Yes, there would be frustration for any builder of this set who can’t play the piano to then be faced with a instrument that they would have to learn to correctly play so as to be able to hear the music as intended through the app. But, an intuitive app experience could negate at least part of that frustration and perfectly complement and encourage learning to play the correct notes on the model.

And for those just wanting to hear the music as intended, the self-playing ‘Listen’ function offers that very experience, and is a function that perfectly demonstrates where this set does manage to strike a balance of fluid and logical play between app and LEGO model. That this intuitive way of play could not be replicated in either the physical feel and touch of the keyboard, or in the creation of sounds and how that process works within the app is frustrating and does detract from the wider appeal that 21323 could otherwise have brought.

Should 21323 Grand Piano be under such scrutiny as an unplayable LEGO piano? Due to some confusing marketing around it, most certainly, and for the price it comes in at and who it is being targeted at, again, yes.

From a simple LEGO model perspective, the overall size and feel of the finished build does align with what you would expect from the set, whilst the Listen function of the app is a splendid additional perk that adds a level of luxury. However for what 21323 Grand Piano costs and how poorly both the Play function in the app and the playability of the model are, you may as well buy a Yamaha P45 (which would set you back £399.00), and although it is only a keyboard version of a grand piano, it has all of the playability of an actual piano.

Sadly, 21323 Grand Piano doesn’t hit all the right notes and so isn’t for everyone, not even for all of those within its target demographic. It has some incredible achievements within its design (both from the fan and LEGO Group sides of the process) and it does represent a step up in the company’s determination to blend digital and physical play. But, it only delivers on half of what it could have , which for such a high price, feels a little out of tune.

Response from one of LEGO Ideas design team:

21323 Grand Piano is available now at at LEGO.com. You can help support Brick Fanatics’ work by using our affiliate links. 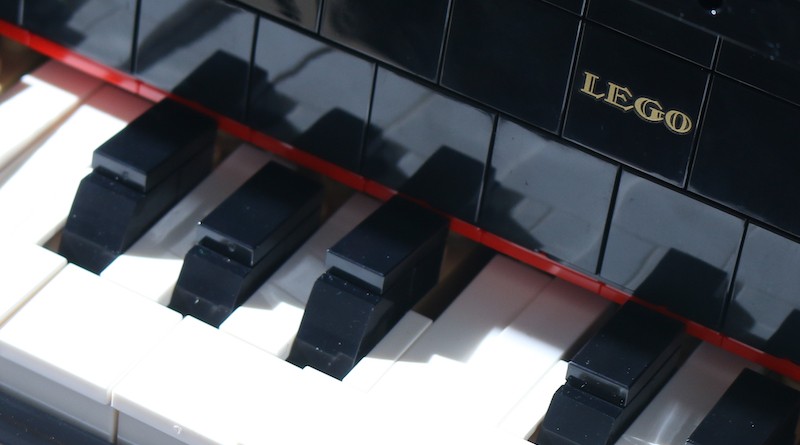 END_OF_DOCUMENT_TOKEN_TO_BE_REPLACED

A huge list of LEGO video games have been given a performance boost on the new . . .