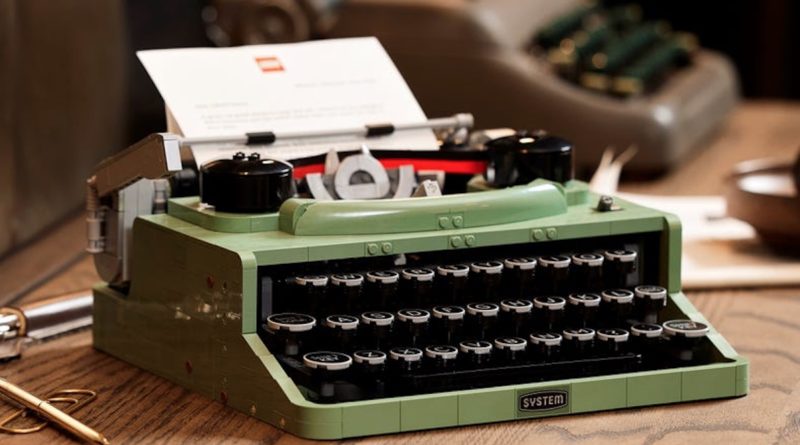 To mark the one-year anniversary since its release, the fan designer behind LEGO Ideas 21327 Typewriter has taken to social media to celebrate.

It’s been exactly a year since LEGO Ideas 21327 Typewriter launched in official stores and online for VIP members. The 2,079-piece set was conceived by fan designer Steve Guinness, also known as The Brick Consultant. 21327 Typewriter has proven to be a very popular model, one that has continued to sell out and restock throughout the year.

To celebrate this achievement, Guinness has taken to social media to thank everyone who has purchased the set based on his design. His message reads, ‘It’s exactly 1 year since my Typewriter set launched. Thanks so much to everyone who has bought it.’

Fans have echoed their support for the set in the comments for the post stating, ‘My favourite set of all time!’ and ‘Place of honor in my office and frequently commented on in my Zoom calls!’

21327 Typewriter is based on similar 1950s-style models and features a moving carriage, working keys and a black and red ink spool ribbon. The set also includes a note from LEGO Chairman Thomas Kirk Kristiansen in 43 languages, which can be placed onto the typewriter’s roller.