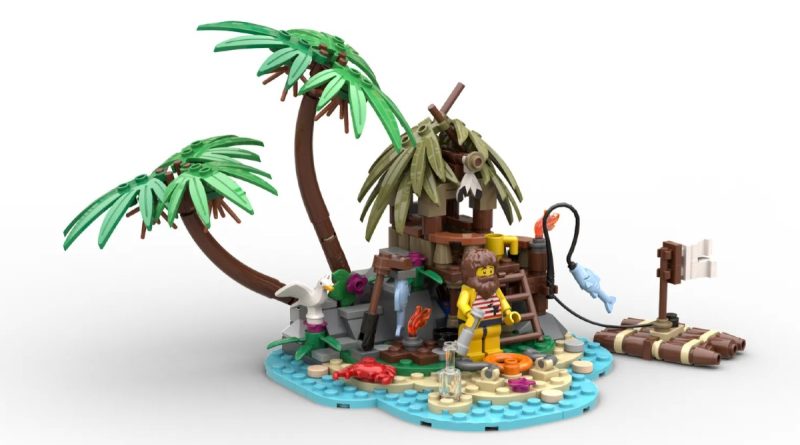 The contest-winning Ray the Castaway LEGO Ideas GWP is rumoured to be available from the start of October 2022.

According to Instagram user ac_bricks_03, the LEGO Ideas Ray the Castaway GWP, which was confirmed as a future gift as part of a coastal contest in 2021, is said to be available from October 1 to 13 with purchases of $120.

While this deal has not yet been confirmed, Ray the Castaway is the next LEGO Ideas set to release in the order that they were approved and there are also rumours of the Foosball Table coming before 2022 is through.

The project, which was designed by DadiTwins, includes a minifigure on a deserted island trying to survive after being lost at sea. We don’t yet know how much of the original model will transfer over to the upcoming GWP.

Note that only the existence of this future LEGO Ideas set is confirmed and the availability period is still a rumour at this time. This user’s track record has previously included the Gryffindor Dorms GWP but this rumour should still be taken with extra caution just in case.

At the time of writing, 40578 Sandwich Shop is currently available with qualifying orders in the UK and Europe and 40529 Children’s Amusement Park is being offered in the US.