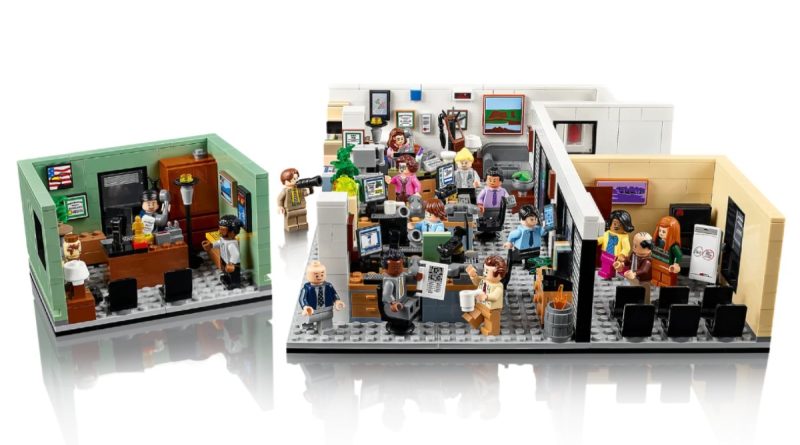 LEGO Ideas sets have become a regular part of the product portfolio, bringing exclusive minifigures with them – now up to a total of 15 in one set.

With the reveal of 21336 The Office and its cast of characters, it immediately jumps to the top of the list of LEGO Ideas sets with the most minifigures, with the next closest being some distance away from that total.

As the theme continues to grow, here are the six LEGO Ideas sets with the most minifigures.

Tied for fourth place is 21324 123 Sesame Street with six minifigures that looked like no other when it first launched. That ultimately changed when 71033 The Muppets was released but it arguably only made this set more appealing to fans of puppetry.

The placement of this build on the list depends on whether you consider the Dalek models minifigures or not. Since the small creations captured their likeness well and at an accurate scale, we’ll say they are for the purposes of this list. With them, 21304 Doctor Who includes six minifigures made up of two iterations of the Doctor, one companion and three classic enemies. While not included in the Ideas set, a Cyberman later appeared as part of LEGO Dimensions.

The first LEGO Friends set, no not the mini-doll theme, was 21319 Central Perk and it features seven minifigures for the main cast of the show, as well as Gunther since the main model depicted the Central Perk coffee shop.

Also based on a popular sitcom, 21302 The Big Bang Theory came with seven minifigures for the cast of the show, as well as a variety of accessories within the model which recreated Leonard and Sheldon’s living room.

Though the gallery above only pictures eight pirates, 21322 Pirates of Barracuda Bay includes ten minifigures in total thanks to two skeletons to go with the shipwrecked creation. The eight main minifigures were recreations of classic LEGO Pirates characters to boot, making this a particularly nostalgic entry.

It might be a while before a future LEGO Ideas set beats this new entry as 21336 The Office has 15 minifigures, covering just about everyone you can think of from the sitcom. The latest model in the theme will launch on October 1, 2022, and you can find out more by checking out our initial report.