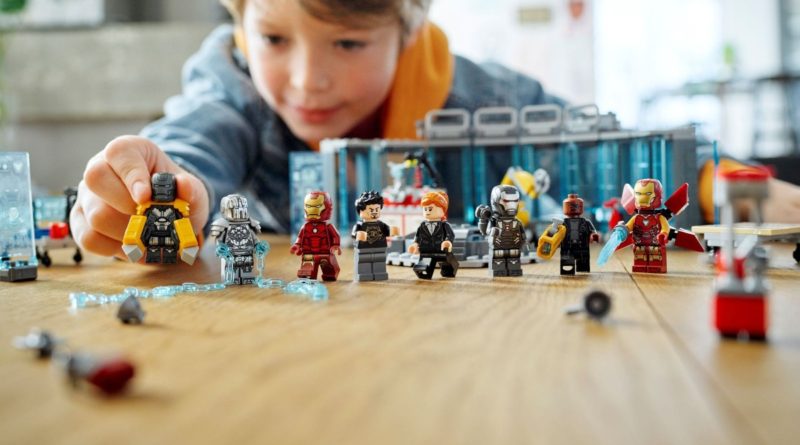 The LEGO Group has gone through a few designs for Iron Man’s helmet in LEGO Marvel, and a brand new iteration is right around the corner.

Featured in 76216 Iron Man Armoury are multiple new and exclusive Iron Man armour minifigures, all of which include the latest brick for the superhero helmet. The armour brick has received three separate pieces over the years, ranging from a more detailed depiction, a flatter version and now a new brick

You can take a look at all three Iron Man helmet elements below, ordered by the first design to be introduced on the left, to the most recent version on the right.

The middle design has also been used to represent other superheroes and minifigures, though with the versatility it lacked the opening function that the oldest and newest elements both have, as pictured in one of the official images for 76216 Iron Man Armoury.

You’ll be able to get this new version of the Iron Man helmet when 76216 Iron Man Armoury releases on June 1, 2022. The set references and includes the middle design of the helmet, as well as an ancient promotion.

Despite differences in the builds, you can also combine it with the previous hall of armour models, as someone has constructed the upcoming build digitally ahead of its launch.