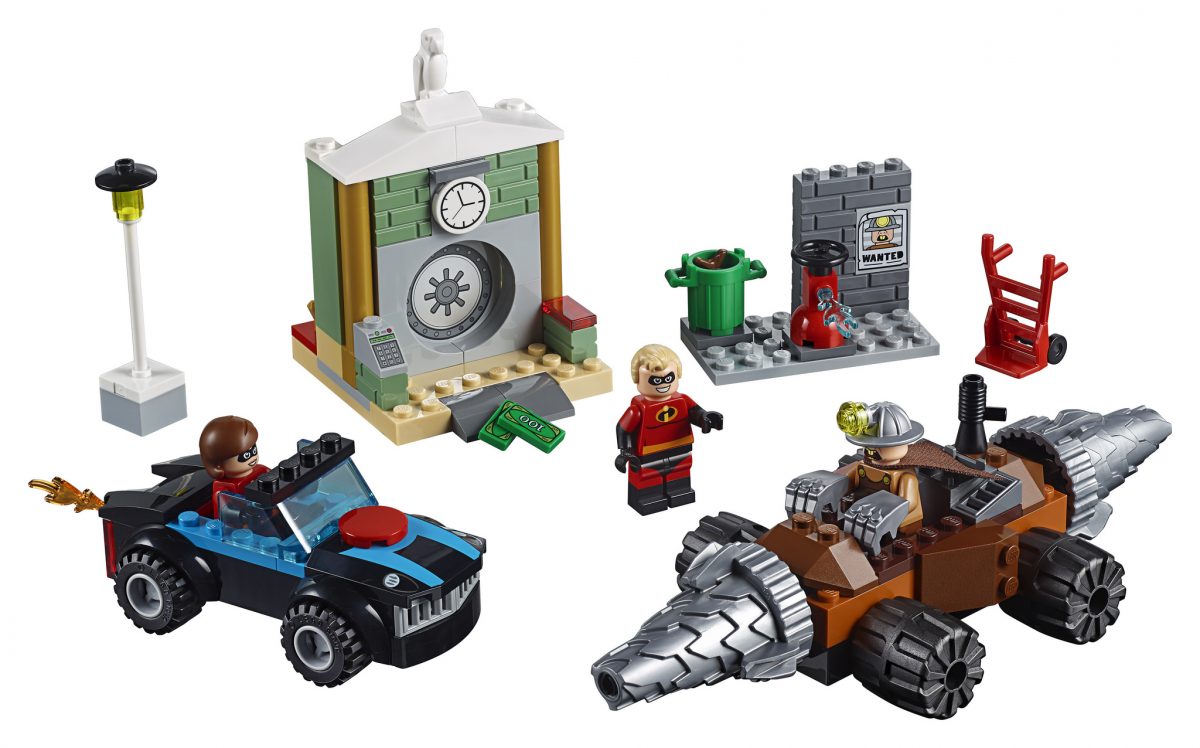 Despite still being at least a week away from release, a LEGO fan on YouTube has reviewed two of the new LEGO Juniors sets based on Disney Pixar’s Incredibles 2.

Wal*Mart and Target stores in the USA have been putting out new LEGO sets early, including the new Juniors sets that tie into the upcoming Disney Pixar film, Incredibles 2. YouTuber Just2Good has acquired 10759 Elastigirls’s Rooftop Pursuit and 10760 Underminer’s Bank Heist, providing video reviews of both sets.

These two new Incredibles 2 sets, along with the third release, 10761 The Great Home Escape, give fans a taste of what might go in the animated sequel. The escapades of the dysfunctional super hero family will also be getting a LEGO video game adaptation, as reported earlier this week.

Recently the LEGO Group was certain that the sets had not yet been released, with take down notices reportedly on the way to websites and social media groups that published images of sets that were being promoted and sold by Wal*Mart. In the last few days it seems that the retail giant, with much greater resources than any of the media covering its early release of these products, has chosen to disregard the LEGO Group’s shelf date.

The LEGO Juniors Incredibles 2 sets are expected to officially launch on April 1. The Incredibles 2 arrives in cinemas on July 13 in the UK and June 15 in the USA.