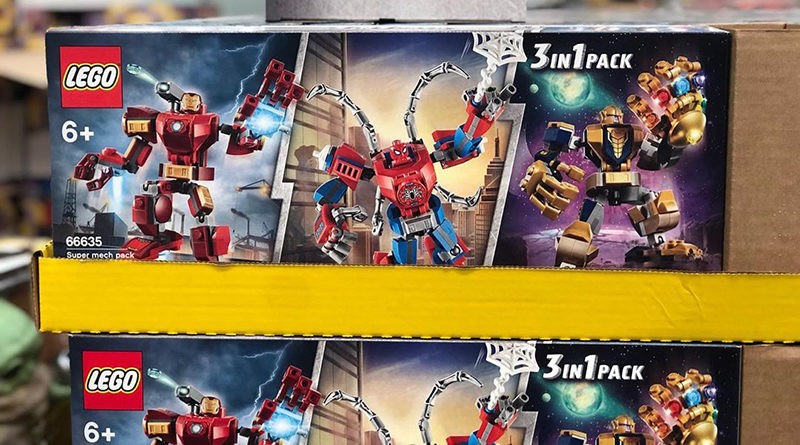 This year has seen the launch of three new small mechs in the LEGO Marvel theme – 76140 Iron Man Mech, 76141 Thanos Mech and 76146 Spider-Man Mech. Instagram user boymom_toyenthusiast has now spotted a multi-pack, containing all three sets, at Costco, priced at $24.99.

Usually these multi-set boxes are exclusive to a specific retailer, so it is unlikely to turn up at any other chain stores.

76140 Iron Man Mech (review), 76141 Thanos Mech and 76146 Spider-Man Mech are all built in the same scale, so work well together as a trio. Each one includes the relevant minifigure to build the mech around.

The new LEGO Art set offers three alternate depictions of the character and those who buy three copies of the set can combine them for a larger image.