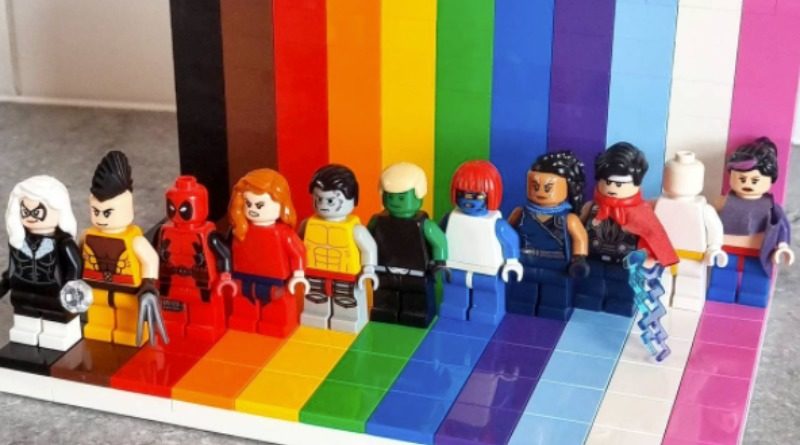 A LEGO fan has added their own superhero take to 40516 Everyone Is Awesome for Pride Month.

LEGO Marvel YouTuber BrickBurst is celebrating Pride by recognising a range of LGBTQ+ superhero characters and combining their minifigures with the LEGO Group’s own 40516 Everyone Is Awesome. Some of the minifigures are custom, while some are real figures, but all are members of the LGBTQ+ community.

There are eleven Marvel characters displayed in total: Black Cat, Daken, Deadpool, Julie Power, Ultimate Colossus, Hulkling, Mystique, Valkyrie, Wiccan, Iceman, Psylocke. Each one is standing on a coloured strip that is loosely connected to their own signature outfits.

The official version of the set also includes eleven minifigures, each one monochrome, corresponding to the colour they’re standing on. Each colour represents the rainbow flag of the LGBTQ+ community, with every colour representing a different identity or value that the community holds.

40516 Everyone Is Awesome went on sale on June 1, right on time for Pride Month in almost every country, although the LEGO Group did address that sale was not possible in some countries due to the legal rights of LGBTQ+ citizens there. The launch of the set may extend even beyond Pride Month from next year, but details are not yet confirmed.