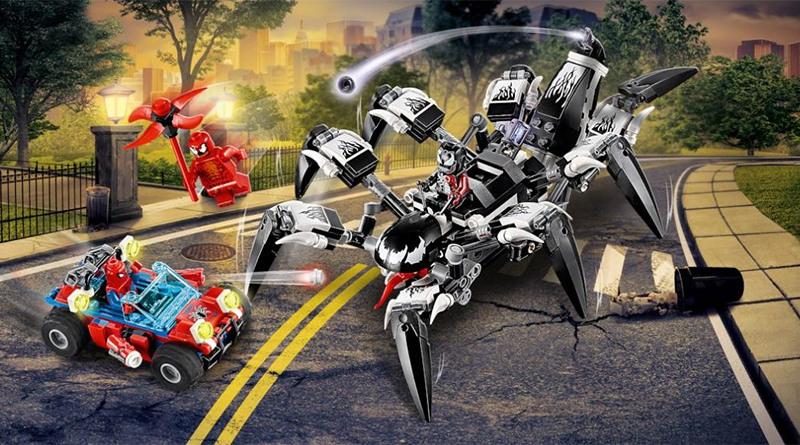 Spider-Man returns to the LEGO Marvel theme in 76163 Venom Crawler, a set that is expected to be released in the coming months – apparently it could be as early as March 1. Brickset has shared an image of the set, with more available on PromoBricks.

The set contains three minifigures – Spider-Man, Iron Venom and Carnage. As for the actual builds, there is a menacing eight-legged mech with a creepy tongue for Venom and a little car thing for Spider-Man. Stud shooters will provide some battling action for the two vehicles.

A list of rumoured LEGO Marvel sets has surfaced online, including one more Spidey set, suggesting what might be released in the theme this summer. 76165 Iron Man Bust was recently announced at International Toy Fair, with a release date during the summer.

Another Marvel set is coming based on the Black Widow movie, LEGO Marvel 76162 Black Widow’s Helicopter Chase. It is a 271 piece set featuring a large helicopter build along with a little quad bike and motorcycle.