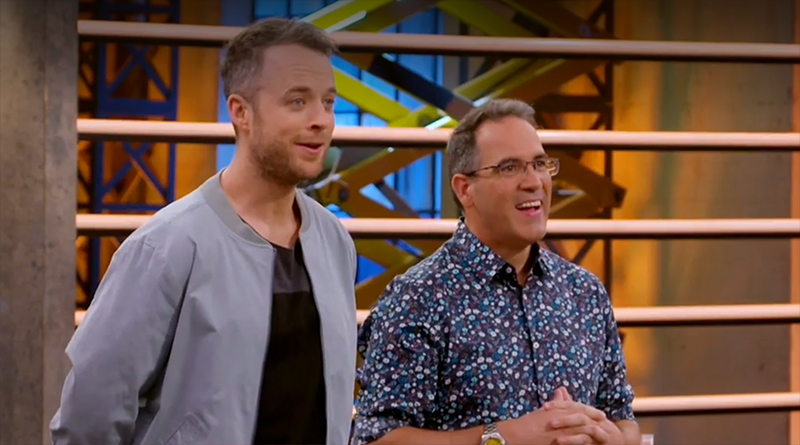 Reviews TV
30/04/201904/02/2020 Graham 1164 Views 0 Comments LEGO, LEGO MASTERS, LEGO MASTERS Australia, LMAUSS1, Nine, television 2 min read
It is a smashing time on the set of LEGO MASTERS Australia, as models are destroyed in four different ways The premise of the second episode of LEGO MASTERS Australia is rather unusual, a big move away from the more traditional LEGO building in the first episode. Each build pair must build a space themed model that can be spectacularly destroyed, but must also look good before the moment of impact. With dynamite on hand as one of four destructive options, this is wish fulfilment for those who would love to have the resources to blow up their builds. It was established in the first episode that the builders in this southern hemisphere edition of the show are of a consistently higher ability than those in the UK version. That is further demonstrated this week, as David and Gerhard build a beautiful satellite stuffed with loose bricks. Bilsy and Kale also put a nice model together that any Space fan would be pleased to have built. But its crash landing does not quite come off as hoped. A team that manages an aesthetically impressive model with a suitable explosive finish is Marielle and Kaitlyn, with their rockets popping open in an extremely satisfying way. Henry and Cade’s space alien is packed with personality as well as thousands of tiny pieces, so when it feels the wrath of Hamish’s baseball bat, the impact looks incredible. One moment that is played for tension is when Matt and Lyn break their model right before the building time runs out – but given that they are already immune from elimination, there is no real jeopardy. After quietly slipping under the radar last week, Dinushi and Gayan pull off a clever build – by sticking to a boxy building, they are able to pack it with more loose parts than any other team, which means when it is destroyed the explosion is all the more impressive. The fact that their rocket and space worm survive had judge Brick “Ryan McNaught” man acknowledging that he had underestimated them. Jimmy and Maddy feel like they are not quite up the standard of their competitors, with another boxy build that does not explode in the same way as the other models. Another pair not quite meeting the highest standard is Jordan and Miller, it feels like the duo get quite lucky when their Noah’s Ark spaceship looks good getting slammed into a wall. While not quite as novel as the first episode, the team behind LEGO MASTERS Australia once again trusted the process of LEGO building to be captivating television, which it was. Read more LEGO MASTERS Australia reviews: Episode 1 Episode 2 Episode 3 Episode 4 Episode 5 Episode 6 Episode 7 Episode 8 Episode 9 To continue to support the work of Brick Fanatics, please buy your LEGO sets from shop.LEGO.com and Amazon using our affiliate links.