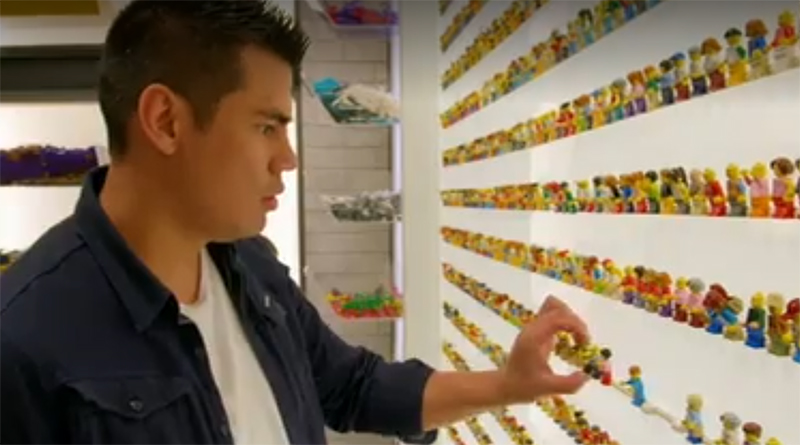 With the final within touching distance, the LEGO MASTERS contestants must build a minifigure scale world themed to a specific era

LEGO MASTERS Australia is not afraid to challenge the builders. At first glance, this episode’s challenge is fairly simple – build a minifigure world based on either the future, the Wild West, Medieval or Prehistoric time periods. These will be brought together for one massive layout, connected by a time-travelling train.

By making it minifigure scale, it is perhaps more what the contestants are accustomed to than some of the other tasks. But by mixing it up, LEGO MASTERS tests builders both in and outside of their comfort zones. Plus, the space they have is huge, they are up against other talented builders and have a testing time limit. So what may sound simple, remains quite the challenge.

Early in the episode, David and Gerhard seem sure to fail after landing the future period. Gerhard is visibly – and were it not for a judicious bleep, audibly – disappointed, having no interest in science-fiction. As the build begins to focus on an oil platform, it seems completely unconvincing as the future and they seem destined for elimination.

Once their main structure is complete through, they turn it into a fully realised, though out model that depicts a post-apocalyptic world where the sea levels have risen and minifigures are finding salvation on this oil platform, trying to make a life for themselves amid the chaos. The details are hilarious and enjoyable.

Kale and Bilsy continue to have a testy relationship, with Bilsy once again seemingly acquiescing to Kale’s vision by dutifully building a massive volcano as the more energetic of the two constructs an enormous Tyrannosaurus Rex that is massively out of scale with the cave people minifigures they are using. Given that Brick “Ryan Man” McNaught’s final instruction was to make it minifigure scale, it is a clear mistake.

The judge even explicitly tells them it is too big, but despite him being the person who will determine the winner, Kale decides to ignore his advice and continues with the extremely oversized T-Rex. It is a shame, as like Henry and Cade’s canyon, the volcano could have served as a nice vista for a compelling scene.

There is also concern watching Jordan and Miller, as their build does not come together until very late in the day, with the nicely posed dragon and enormous castle offering a clear story. Despite the size being impressive, there was too much space to fill in with detail, which led to them landing in the bottom two.

Watching Henry and Cade build their Wild West scene is an absolute delight and the kind of viewing that makes audiences want to clear the dining room table and tip out all of the LEGO bricks. They build a setting that looks as if it belongs in a film or video game, with bandits dramatically rushing down a canyon towards a classic Western town. It is packed with detail and deservedly earns them first place in the challenge.

It is not surprising that Bilsy and Kale are heading home at the end of the challenge, having ignored the brief and instead aimed for ‘Kale scale’. While they have brought some additional drama to the series, it has at times been a shame to seem the rub up against each other rather than working as a team to succeed.

Seeing Jordan and Miller make it into the final is a nice surprise, as they bring plenty of enthusiasm and represent a younger generation of LEGO fans. Henry and Cade are still the duo to watch, but David and Gerhard should never be underestimated. Just one episode to go…