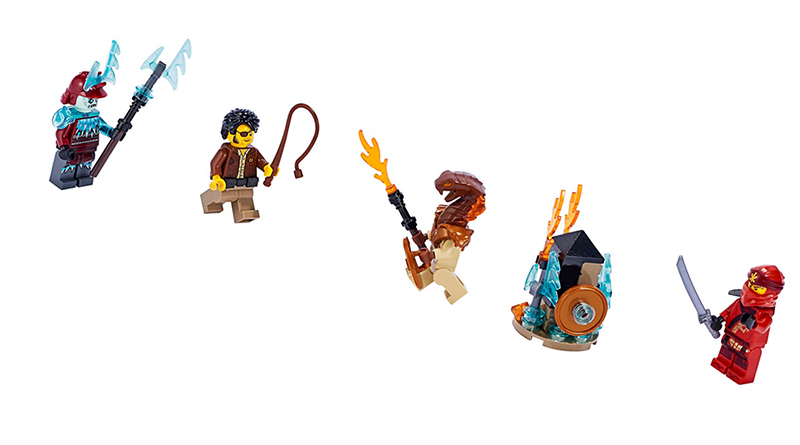 LEGO NINJAGO fans will be pleased to see images of 40342 Minifigure Pack, which includes a Clutch Powers minifigure.

Worlds are colliding in LEGO NINJAGO, and now fans can own a Clutch Powers minifigure – yes, the same character from the 2010 DVD animated movie – in the upcoming 40342 Minifigure Pack. Official images published by the Brick Fan reveal that as well as the heroic blast from the past, the set includes Kai, Pyro Snake and Ice Samurai along with a batch of weapons.

Ice Samurai is likely to be pivotal to the storyline depicted in the summer wave of sets, that were recently revealed. LEGO NINJAGO 70678 Castle of the Forsaken Emperor seems to depict the finale of the story, with a suitably epic location and roster of minifigures included.

LEGO Marvel Spider-Man 40343 Minifigure Pack was revealed today too, with that set including Spider-Man, Maria Hill and Ned Leeds – all characters from the upcoming film Spider-Man: Far From Home. Another of the packs will be LEGO City 40344 Minifigure Pack, which includes four minifigures enjoying some well earned rest and relaxation by the sea.