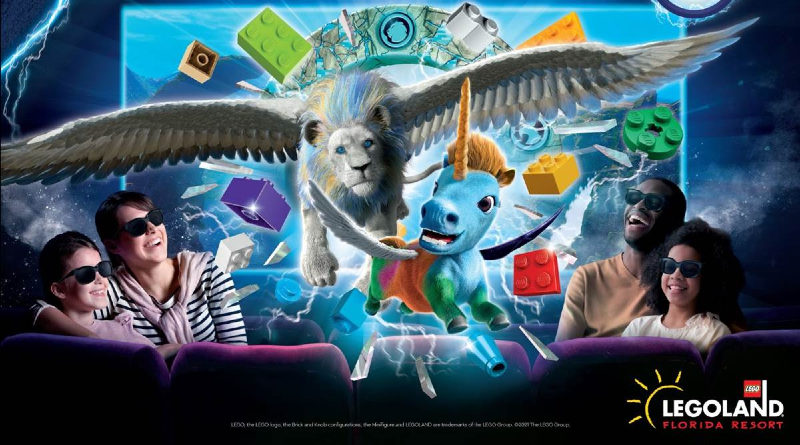 The world of LEGO MYTHICA isn’t entirely exclusive to LEGOLAND Windsor as plans have been announced to bring a portion of the experience to Florida very soon.

You might remember that as part of MYTHICA coming to the LEGOLAND Windsor Resort, the new land would be accompanied by both a 4D movie and an AR experience via the theme park’s app. It has now been announced that the Florida resort will also be receiving those two attractions, despite the lack of a dedicated expansion.

‘Journey to MYTHICA’ is the title of the movie and will give guests a tour of the fantastical world led by a small Alicorn taking their first steps into the imaginative realm.

The additional app AR feature will allow visitors to step into MYTHICA through a portal and collect the mythical creatures inhabiting it. If you’d like a sneak preview of the experience, it’s available to try now on the LEGOLAND Windsor app. However, the Florida version will make use of Miniland, which will pause construction of its new shade areas briefly over the summer months for it.

It may be that the film and AR experience make their way to other LEGOLAND resorts around the world too as it seems the lack of a full area dedicated to MYTHICA isn’t necessary for either experience. Either way, the two will arrive at LEGOLAND Florida from May 27 whereas the themed land will open at LEGOLAND Windsor from May 29. A recent advertisement gave us a short look at the expansion ahead of opening.