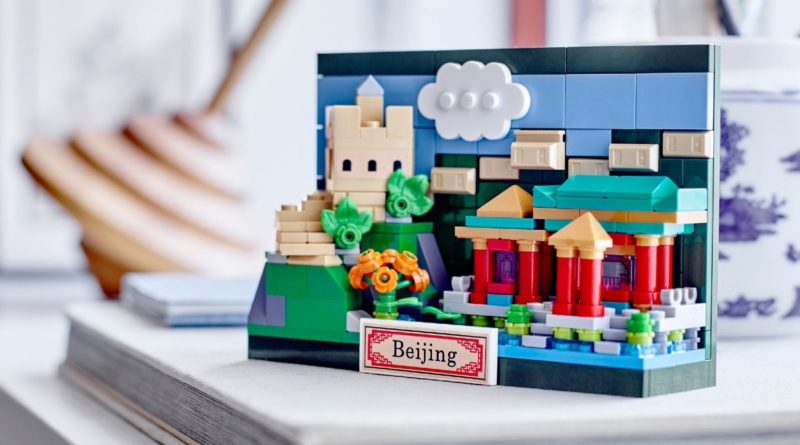 Initially planned for release in January, the two buildable skylines were removed from the official online store without warning or explanation back in December 2021.  They then reappeared on the Building Instructions portal early last month, suggesting an imminent release – but with a couple of significant changes to one of the postcards.

40654 Beijing Postcard has switched set number (it was originally 40520 Beijing Postcard), presumably as a consequence of a more interesting change to its design: the Chinese flag has been removed altogether, again without explanation. We’ve reached out to the LEGO Group for clarification, so keep an eye on Brick Fanatics for more.

40519 New York Postcard, meanwhile, is the same as it ever was, which is to say that its US flag is still present and correct. It means the two sets no longer share the same consistency in design, at least where their flags (or lack thereof) are concerned, but otherwise adopt the same streamlined template in recreating their respective cities.