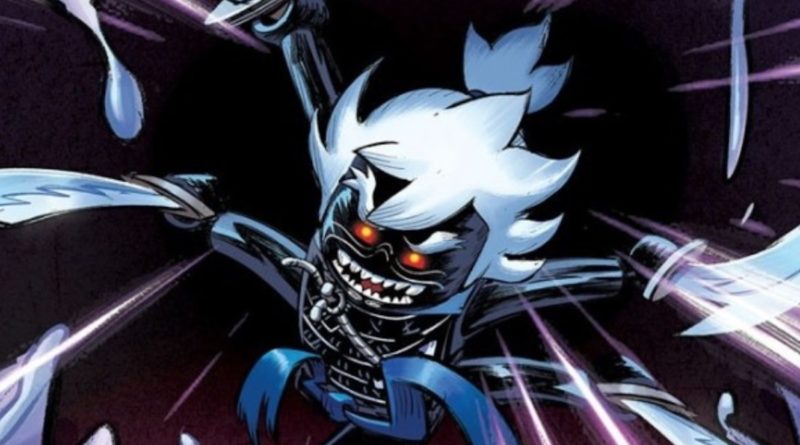 The second issue of the LEGO NINJAGO Garmadon comic book is available now and includes a special artist’s sketchbook.

LEGO NINJAGO fans who have been looking forward to the release of the five-issue Garmadon comic book will no doubt have picked up the second issue which was released on Wednesday. The series from Skybound Entertainment and Image Comics follows the title character’s early days as he journeys from being Master Wu’s older brother to ultimate NINJAGO villain.

As a bonus, the second issue of LEGO NINJAGO Garmadon also includes a special sketchbook section courtesy of series creator and artist Tri Vuong. The five-page feature takes readers behind-the-scenes of the comic book’s development, with alternate proposed looks for Garmadon, his allies and the issue’s foes, logos and more.

Rough sketches of the second issue’s locations also reveal how one setting incorporates design elements from the animated series, there’s a hidden Easter egg for fans to find and cover layouts section to peruse. LEGO NINJAGO Garmadon # 2 boasts three different cover variants, whilst the first issue was released with a whopping 10 covers for collectors to pick up.

The second issue of LEGO NINJAGO Garmadon is available from all good comic book stores now, with the third issue due for release on June 29.