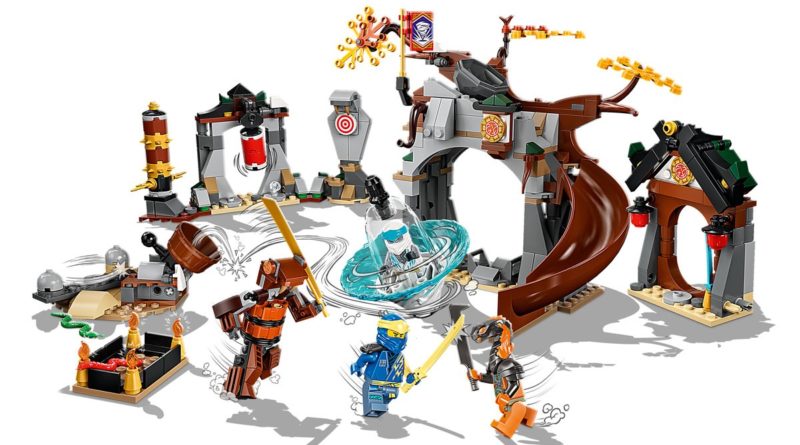 An online retailer has added better images of the LEGO NINJAGO March 2022 sets to the storefront, giving us a clearer look at what’s next for Core.

NINJAGO Core has already seen the majority of the lineup launch at the start of January, with the range hoping to appeal to a new, younger audience and introduce them to key aspects of the theme before the next main chapter of the story later this year.

JB Spielwaren revealed the pictures with listings for all four sets, including the first spinner models for 2022 that each come with new elements for the feature.

The three smallest builds are spinners for half of the ninja team, each coming with an obstacle, exclusive minifigure, elemental tornado and weapons. The sets were initially revealed in a catalogue at the end of 2021, where their release date was revealed to be in March, now listed on the retailer as March 1.

The largest creation of the range is 71764 Ninja Training Center, which may act as an expansion of 71767 Ninja Dojo Temple judging by the model’s inclusion in the background of the box art and the similarities in the build. The same archway that is used for the underground entrance of the Dojo Temple features in the set, with Technic pins to connect it to the other modules included in the model.

Zane is featured with his spinner exclusively in 71764 Ninja Training Center as well as Jay, a snake and a larger brick-built snake enemy.