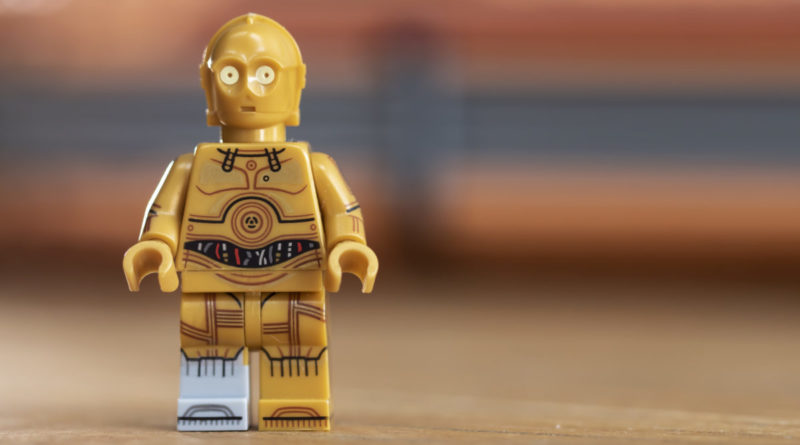 The LEGO Star Wars design team says ‘there are no fixed rules’ when it comes to including exclusive minifigures in UCS sets.

This year’s headline May the 4th set 75341 Luke Skywalker’s Landspeeder includes two minifigures, one of which is a brand new C-3PO. It’s the most detailed version of the droid we’ve seen to date, complete with arm printing, side leg printing and even a dual-moulded leg to represent the protocol droid’s mismatched silver plating.

At the moment, however, it’s exclusive to that Ultimate Collector Series set – despite another LEGO Star Wars model with Threepio arriving on shelves just days earlier in 75339 Death Star Trash Compactor Diorama. That set features the same detailed torso and arm printing as the Landspeeder’s droid, but misses out the silver leg.

The inclusion of two minifigures, at least one of which is exclusive, mirrors last year’s release of 75309 Republic Gunship. Since that set arrived on shelves, its Clone Commander has also appeared in the much-more-affordable 40558 Clone Trooper Command Station, while an even better version of Mace Windu has just landed in 75342 Republic Fighter Tank.

That wider release strategy aligns with comments made by the Gunship’s designer Hans Burkhard Schlömer, who in 2021 said that it’s ‘just not okay’ to put rare minifigures in expensive sets, because ‘not everybody can afford it’. But according to the LEGO Star Wars design team, that won’t necessarily be the case for 75341 Luke Skywalker’s Landspeeder.

“There are no fixed rules that we’re never going to do exclusive minifigures in bigger sets,” LEGO Star Wars Creative Lead Jens Kronvold Frederiksen tells Brick Fanatics. “We always want to add something to these sets that we know people would appreciate, and here we know that C-3PO is definitely one that would work well.”

In fact, the existence of this C-3PO minifigure has apparently been driven in part by the community’s response to Hans’s comments. A not-insignificant number of LEGO Star Wars fans spent much of 2020 and 2021 calling for Commander Cody and/or Jedi Bob minifigures in the fan-voted UCS Republic Gunship, and were left disappointed by the LEGO Group’s decision to include Mace Windu and a Clone Commander.

“After the Gunship released, it became very clear that there is demand for exclusive minifigures for additional value, and that we can add these minifigures in the UCS sets,” Senior Marketing Manager Ivan Podryadchykov explains. “So we are listening to this feedback now, and that’s why already in the Landspeeder you can see this quite unique and appealing minifigure.”

• Why are people so unhappy with LEGO Star Wars 75309 Republic Gunship?
• LEGO finally gets C-3PO right in the new UCS Landspeeder

If you want to get your hands on the best C-3PO minifigure to date, you’re probably going to have to pick up 75341 Luke Skywalker’s Landspeeder. The 1,890-piece set launches on May 1 for VIPs, or May 4 for everyone else. Check out our early review here (which includes a closer look at that new Threepio).

Grabbing it from May 1 to 8 will also net you three free gifts-with-purchase (while stocks last). Check out our dedicated May the 4th page for more on those.