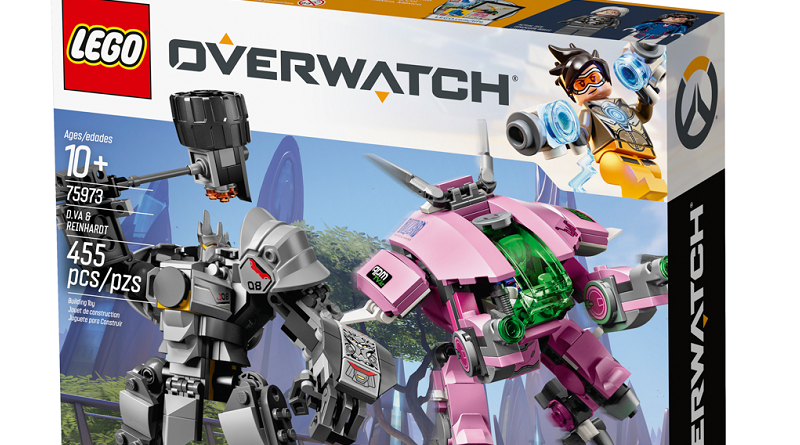 The LEGO Overwatch theme has launched at the official LEGO online shop.

A selection of LEGO Overwatch sets have launched at at shop.LEGO.com. The new theme, based on the popular competitive video game, has been eagerly anticipated since it was announced earlier this year. It will be a shared exclusive between Sainsburys/Argos and shop.LEGO.com.

Four of the six sets that were billed as 2019 releases are available now from shop.LEGO.com:

The following two sets are listed as “coming soon”:

Overwatch is based on Earth but set in the future, with the characters dealing with the fallout of the Omic Crisis. Winston, the sentient gorilla, leads the Overwatch team, that has been put together to restore order. The LEGO sets represent the breadth of subject matter covered in the game, which is expected to get a tie-in television series in the new year.

New LEGO City, LEGO Friends, The LEGO Movie 2: The Second Part sets have also been released today. A selection of soon to be retired LEGO Friends sets from recent years are available as part of the shop.LEGO.com post-Christmas sale.