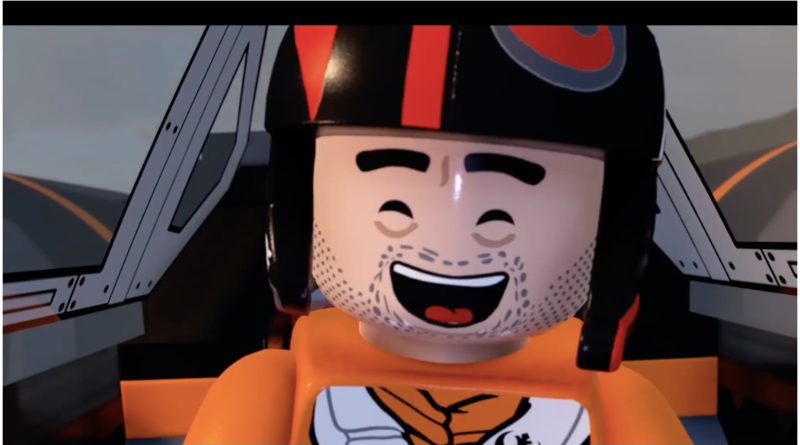 As the release of LEGO Star Wars: The Skywalker Saga approaches, several fans are sharing their excitement over its new features.

LEGO Star Wars: The Skywalker Saga is the latest LEGO video game, taking a broad look at the film franchise in brick-built form. In addition to gameplay tweaks such as improved combat and a more realistic visual style, you can customise the experience in other ways – and people are already keen to try these out.

Twitter user kenobi1_obi shared their excitement for Mumble Mode. The new feature is notable in LEGO Star Wars: The Skywalker Saga as early LEGO games featured no spoken dialogue, relying upon gestures and slapstick to convey the plot. Since later LEGO games have featured new voice acting and archival audio, Mumble Mode is an intriguing throwback for a classic gaming experience.

Skulls_diamond concurs, arguing that many of us are going to be turning this on pretty swiftly. A cursory glance across other tweets suggests it’s going to be particularly popular with players.

Elsewhere, Shandy445 is enamoured with an option to replace all in-game civilians with Gonk droids. These ambulatory batteries are a common feature in the Star Wars universe and deserve their moment in the spotlight.

That pro-Gonk sentiment is mirrored by jammthejedi, who praised some editing from the new gameplay overview trailer.

Elsewhere, LEGO fans have been reflecting on LEGO Star Wars games more broadly. Some of them have offered direct comparisons between The Skywalker Saga and earlier releases.

Reactions like these show that LEGO Star Wars: The Skywalker Saga occupies a unique niche of nostalgia for many. LEGO Star Wars was amongst the earliest LEGO licensed games and a key title in many childhoods. The new game isn’t just drawing upon nostalgia for Star Wars; it’s drawing upon a very specific variation of it. The release of retro minifigure DLC alongside the game serves to reinforce that notion.

Will that propel LEGO Star Wars: The Skywalker Saga to success? It’ll certainly help, but nostalgia can only carry a game so far. That said, the various gameplay tweaks being made to the game, like character classes and upgrade trees, suggest it’s on the right track.

LEGO Star Wars: The Skywalker Saga releases on April 5, 2022. Be sure to check out our prior coverage of the game, including our report that minikits (another classic feature) will return in the game.