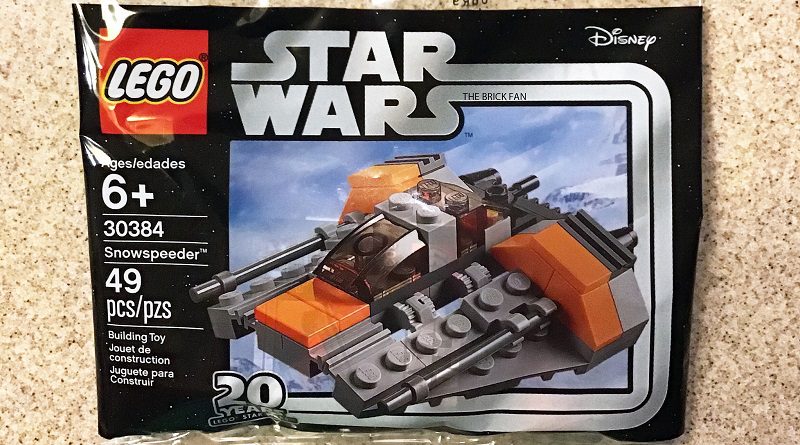 Another polybag is on the way to tie in with the 20th anniversary of LEGO Star Wars, with 30384 Snowspeeder flying in to take down some AT-ATs.

The latest LEGO Star Wars polybag, 30384 Snowspeeder, has been discovered by the Brick Fan. It is a mini version of 75259 Snowspeeder – 20th Anniversary Edition, one of the five sets that will be part of the range of products celebrating 20 years of the linkup between the LEGO Group and Star Wars. It has turned up in Target stores in the USA priced at $3.99, containing 49 pieces. 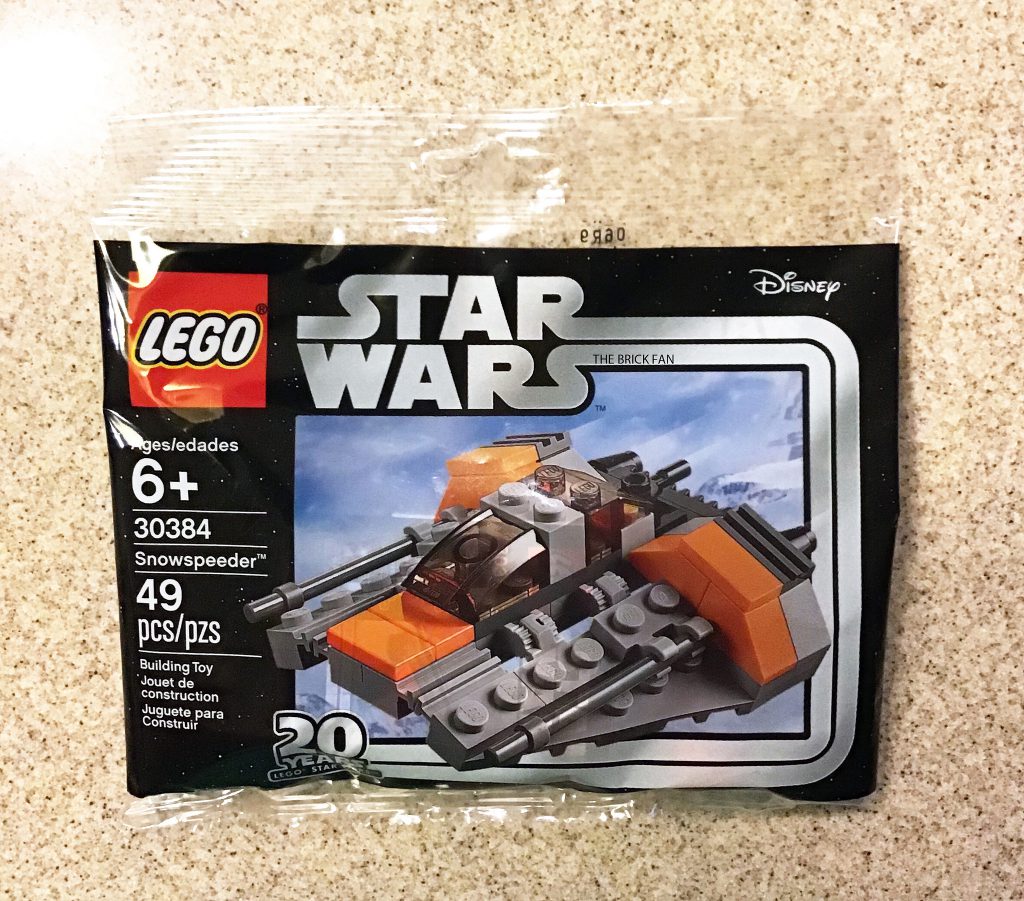 One other special commemorative polybag that has been revealed so far is 30461 Podracer.

The following sets will make up the commemorative 20th anniversary range, in addition to the Snowspeder set:

Six new sets, that will also be released on April 1, were revealed at New York Toy Fair: