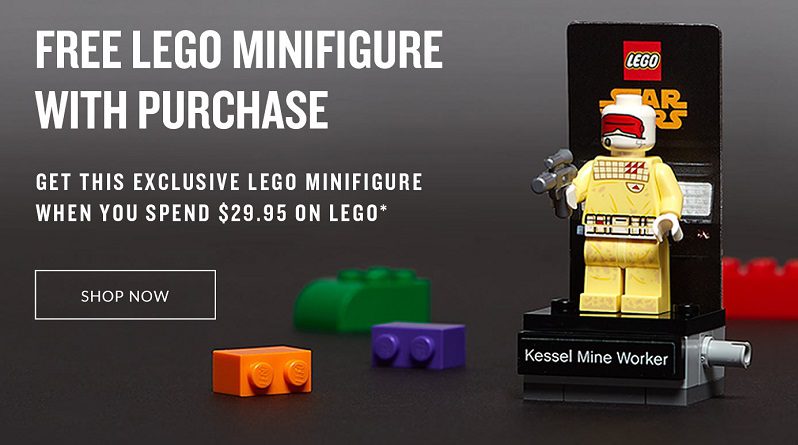 A LEGO Star Wars 40299 Kessel Mine Worker gift with purchase promotion has launched at Barnes & Noble in the USA.

It seems that all of the LEGO Solo: A Star Wars Story polybags are coming at once, with 40299 Kessel Mine Worker now available at Barnes & Noble in the USA. To get the exclusive minifigure, fans need to spend £29.95 before tax on LEGO sets, Rebelscum reports.

According to certain Reddit users, the website mentions that some stores are selling the polybag for $1.27, which if true makes for quite the deal.

The character appears in Solo: A Star Wars Story when the Millennium Falcon arrives on Kessel, and throughout the sequences at the mining facility, making it a good complement to 75212 Kessel Run Millennium Falcon.

For a verdict on the polybag, check out the Brick Fanatics minifigure spotlight.

This comes at the same time that fans can get 40300 Han Solo Mudtrooper when buying LEGO Star Wars products totalling £30 ($35) or more at shop.LEGO.com with the offer runninguntil  October 31 or while stocks last.

The 40299 Kessel Mine Worker promotion runs until October 18 or while stocks last.