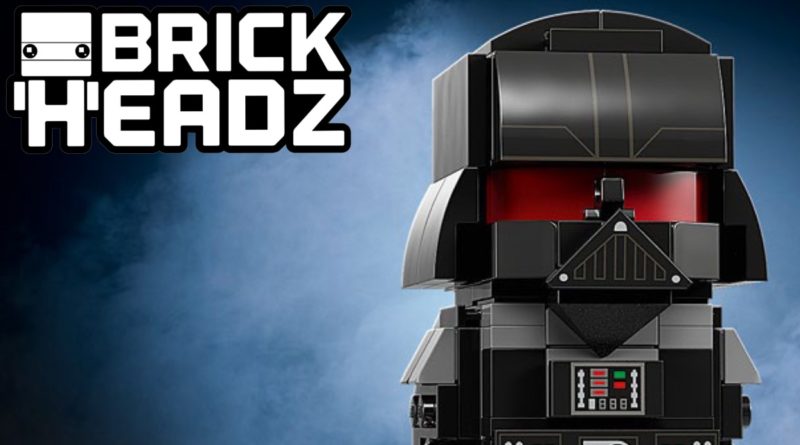 Images of LEGO Star Wars 40547 Obi-Wan Kenobi & Darth Vader have just landed on the building instructions portal, giving us our first glimpse at the next BrickHeadz set.

Intended to tie in with the Star Wars: Obi-Wan Kenobi limited series – the first episodes of which debut on Disney+ later this week – the double-pack of statuettes recreates the Jedi Master and Sith Lord as they appear in the new show. They’re numbered 174 and 175 respectively in the wider BrickHeadz line-up.

This isn’t our first BrickHeadz version of Darth Vader, but it does represent a major departure in design from 2016’s 41619 Darth Vader, most notably in the Dark Lord’s red lenses and grey armour accents. It is our first-ever Obi-Wan Kenobi in this template, however.

A firm release date, price and piece count for 40547 Obi-Wan Kenobi & Darth Vader are all still to be confirmed, but it’s likely we’ll learn more very soon: we already know the BrickHeadz set will be available at Star Wars: Celebration, which kicks off in Anaheim tomorrow.

Expect a full reveal of this set (and potentially the other two Obi-Wan-themed sets unveiled by Walmart yesterday) in the next day or two. The first two episodes of Star Wars: Obi-Wan Kenobi arrive on Disney+ on Friday, May 27.