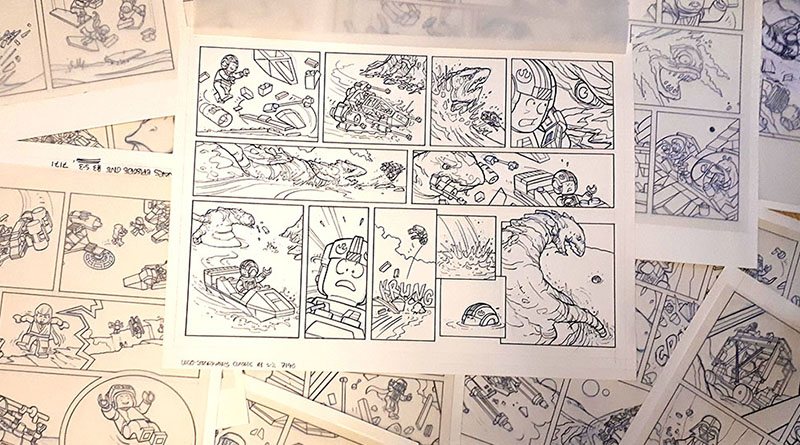 A long time ago, in a design studio far, far away, LEGO Star Wars, was devised. Between 1997 and 1999, a few people at the LEGO Group began the first tenative steps that would lead to a collaboration with Lucasfilm that has lasted for two decades.

Did you know that the 7190 Millennium Falcon was one of the first LEGO Star Wars sets to get a packaging mock-up when the theme was being developed? Did you know that an authentic Darth Vader costume was shipped from California to Copenhagen to be used in promotional material? Did you know that one member of the LEGO board said: “over my dead body will you be launching Star Wars”?

It is behind-the-scenes stories like these, many previously untold, from those very early days of LEGO Star Wars, that readers will find in the pages of Brick Fanatics Magazine Issue 5.

Talented conceprt artists Christian Faber and Jan Kjaer share their unparalleled insight into how the theme started, with Jill Wilfert – now Vice President for Global Licensing and Entertainment – sharing her experience of being based in the LEGO Group’s US division when discussions with Lucasfilm began.

To find out more about the LEGO Star Wars, theme began, order a copy of Brick Fanatics Magazine Issue 5 – or start a great value subscription from that issue, to get a magazine packed full of unique LEGO insight delivered every month.