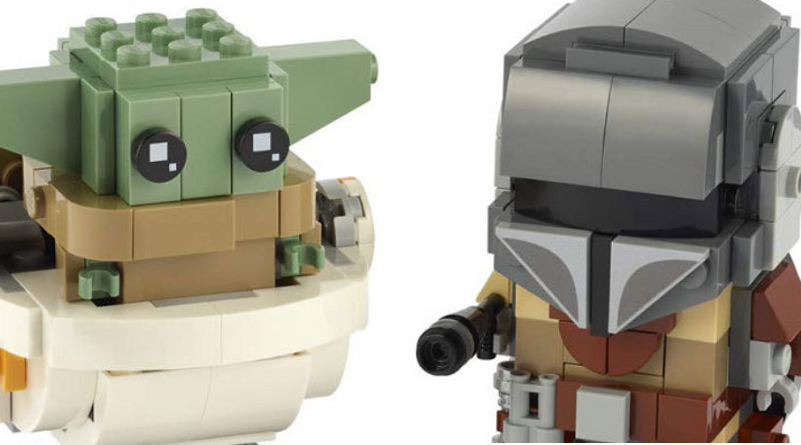 Fans are managing to get their hands on LEGO Star Wars BrickHeadz 75317 The Mandalorian and The Child early thanks to one US retailer.

First rumoured at Brick Fanatics, the first LEGO BrickHeadz set inspired by Star Wars: The Mandalorian is 75317 The Mandalorian and The Child, due to launch on September 1. In the US, the Brick Fan reports that Amazon is shipping the sets early – so fans can already build their own Baby Yoda.

This set contains a regular sized version of The Mandalorian wearing the armour he begins the series with and a smaller BrickHeadz that captures The Child. Better known as Baby Yoda, the character is in the hoverpod that it spent much of the first few episodes travelling in.

Here is the official product description for 75317 The Mandalorian & The Child:

Build awesome LEGO BrickHeadz versions of the two most popular Star Wars: The Mandalorian characters! Strap a blaster rifle to The Mandalorian’s back and put a blaster pistol in this bounty hunter’s hand ready for battle. Create a hoverpram for the Child and adjust its ears for happy and sad expressions. Both construction models come with a baseplate so you can proudly display your creations.