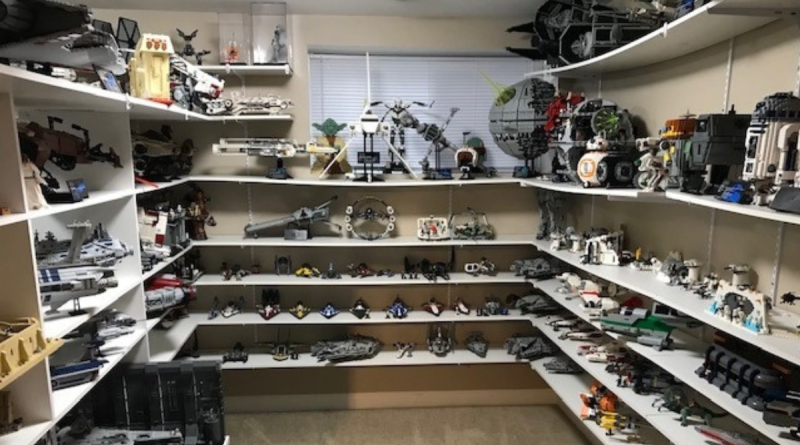 A Canadian LEGO fan has set a new Guinness World Record for the most LEGO Star Wars sets owned, the product of 23 years worth of collecting.

Oliver’s LEGO collection doesn’t stop with Star Wars; in total, he has over 1,000 sets from other themes. Although he doesn’t know the exact value of his collection, an expert appraised it a few years ago at $150,000. Speaking to CTV News Edmonton, Oliver believes his current collection is likely worth close to $300,000 by now.

His very first set, dating back 23 years, was the original 7412 X-Wing Fighter. Having just seen the movies for the first time, Oliver was keen to take home a part of the story for himself.

Today, the LEGO Star Wars fan also makes his own creations, including busts of characters like General Grievous, Yoda, and Darth Maul. To prove the size of his collection, Oliver had to take photos of every single set, a detailed inventory, and a video. This was then confirmed by two witnesses and a representative from the LEGO Group.

“I’m going to hold the record for as long as I can,” Oliver told CTV News with a smile. “Hopefully, it’ll be a few decades before I have to give it up.”