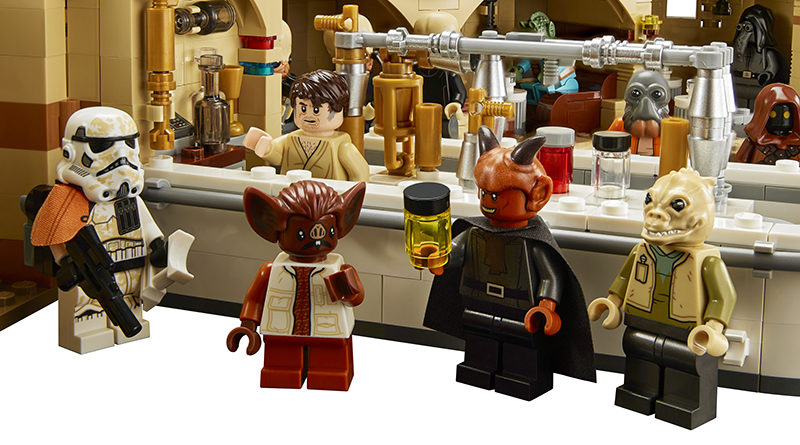 In a new interview to celebrate the launch of 75290 Mos Eisley Cantina, LEGO Star Wars Design Director Jens Kronvold Frederiksen reveals a little about the set’s development and its secret function.

Jens Kronvold Frederiksen chatted with StarWars.com about his work on the newly announced LEGO Star Wars 75290 Mos Eisley Cantina. The 3,187 piece set will be released on September 16. He revealed that the location has been in his sights for quite some time:

“The Mos Eisley cantina scene is something special to most Star Wars fans but also for us at the LEGO Group. That’s why we have made it into LEGO sets several times; however, these sets have all been smaller models. The idea of creating a big, super-detailed version has been a dream for many years!”

Given the thought he has given the set, he was asked the inevitable question – who shot first? – and revealed a very cool feature hidden within the set:

“The model includes an ejector seat so a minifigure can pop out of the seat when hit by the opponent’s blaster. We have included the function in both Greedo and Han Solo’s seat, so the decision is yours!”

Beyond that, he explained that the exterior was considered as important as the interior when designing the model:

“We decided from the beginning that we wanted to create a model with a super-detailed interior. It should be possible to recreate all the scenes from the movie with it! That wasn’t enough, though. We wanted the model to look accurate and very detailed on the outside, also. We believe we succeeded there by adding the Dewback, the Jawa junk shop, and all the other smaller details. All this was included to give the LEGO model the very special atmosphere in and around the Mos Eisley cantina as seen in Star Wars: A New Hope.”

To populate the set, there is a huge minifigure line-up. Jens explains the process the team went through to narrow it down from a bar full of characters:

“We had an idea about how many minifigures we could add to the set. We started out by mapping ALL the characters seen in the cantina movie sequence. We then rated them by how important they are to the story, which ones are most iconic, and which would work best as LEGO minifigures. We also investigated which ones were highest on the LEGO Star Wars fans’ wish list. These parameters, and long discussions, led us to the lineup of minifigures you now see in the set!” 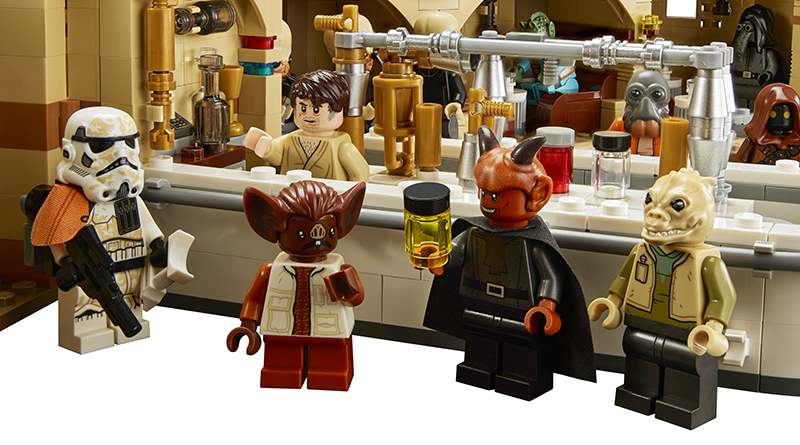