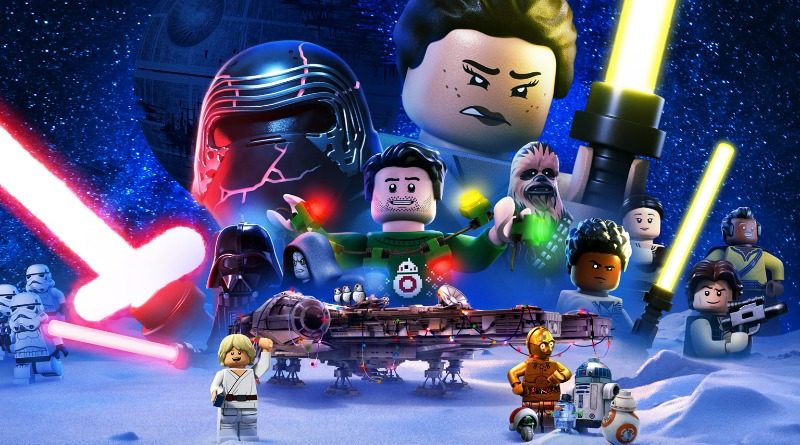 The past makes the best present in the first trailer for the LEGO Star Wars Holiday Special.

The LEGO animation team is hoping to redeem the name “Star Wars Holiday Special” with its era-hopping adventure, which arrives on Disney+ later this month. That’s no small feat: the original 1978 special is so famously terrible that even George Lucas apparently wants to smash every copy with a hammer.

Fortunately, the LEGO Star Wars Holiday Special looks like it might just achieve its herculean goal. The brand new trailer shows off the time-travelling hijinks of Rey Palpatine (or Rey Skywalker, we guess) as she takes a tour through the Star Wars saga’s most iconic moments. Check it out for yourself below.

From Kylo Ren’s shirtless cameo (whoever thought we’d see another reference to Ben Swolo, and in LEGO, no less?) to Han shooting first twice, the LEGO Star Wars Holiday Special already looks like it’s going to blow the metaphorical socks off the 1978 abomination. It’s clearly not ignoring the past, though, from its focus on Life Day to its release date of November 17 – the same day the original debuted all those years ago.

You’ll probably recognise Lando’s voice, too, as Billy Dee Williams has returned to voice his iconic character. Anthony Daniels and Kelly Marie Tran have also reprised their roles of C-3PO and Rose Tico respectively. They’re joined by names that will be familiar to Clone Wars fans, including James Arnold Taylor as Obi-Wan Kenobi, Matt Lanter as Anakin Skywalker, Tom Kane as Yoda and Dee Bradley Baker as the Clone Troopers.

The Star Wars team has also revealed a brand new poster for the one-off animation, which depicts Finn wielding a yellow lightsaber, and – for some reason – classic Stormtrooper minifigures. Presumably the animation team doesn’t much like the new helmets, either.

As you’ll notice from Poe’s brilliant Christmas sweater, the special is also tied closely to this year’s 75279 Star Wars Advent Calendar. According to Lucasfilm’s James Waugh, that synergy was intended early on. “We suddenly started thinking, ‘Well, this all makes sense,'” he explained. “From there, we worked with LEGO to make sure that the Advent Calendar was truly integrated with the show. Both companies worked hard to create a connection and influence the other in the special and the product.”

Here’s the full synopsis for the LEGO Star Wars Holiday Special. You can catch it on Disney+ from November 17.