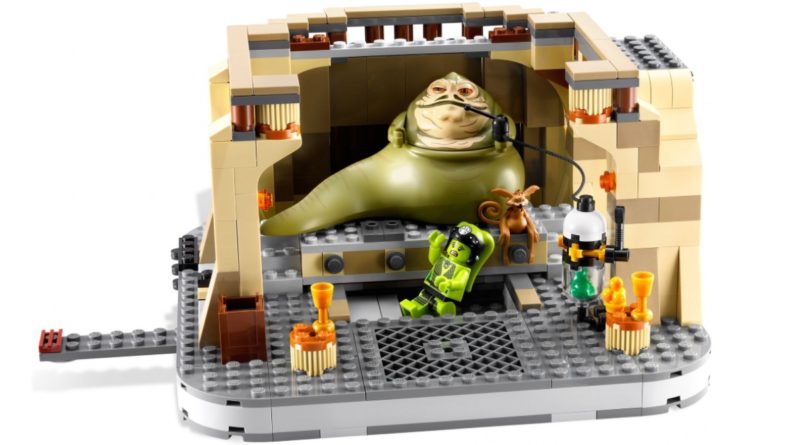 A brand new version of Jabba’s Palace may be on the cards for LEGO Star Wars in January, potentially as a tie-in to The Book of Boba Fett.

The Return of the Jedi location was teased in The Mandalorian’s post-credits scene that set up Boba’s spin-off series, which is slated to debut on Disney+ in December. Instagram user greekbricks now reports that the first LEGO version of Jabba’s Palace since 2012 could be part of the winter 2022 wave, alongside the already-rumoured Hoth sets.

The LEGO Group has stayed well away from the Hutt’s home since 9516 Jabba’s Palace courted controversy among a Turkish community in Austria, who felt that the set’s apparent resemblance to Istanbul’s Hagia Sophia mosque was ‘pure racism’.

In a statement to the Austrian Times (h/t Huff Post), the Turkish Cultural Community of Austria demanded an apology from the LEGO Group, claiming: “It is apparent that, for the figure of the repulsive bad guy Jabba and the whole scenery, racial prejudices and hidden suggestions against Orientals and Asians were used as deceitful and criminal personalities.”

If a new version of Jabba’s Palace does hit shelves in 2022 – 10 years on from that controversy, which made national newspaper headlines in the UK and around the world – the LEGO Group may choose to avoid an accurate depiction of the set as we saw it in 2012, and perhaps focus more closely on the interior, as per 2003’s 4480 Jabba’s Palace.

There’s also the question of whether it would even include Jabba: by the time Boba seizes control of the palace, the Hutt is long gone. That would really depend on whether the set is based on Return of the Jedi or The Book of Boba Fett, although it’s difficult to imagine the LEGO Group choosing to release a set named Jabba’s Palace (if that’s what it ends up being) without Jabba himself.

For now, take this rumour with a grain of salt – as even recommended by the original source – but one slight corroboration could have come from MandRproductions, who yesterday reviewed the original 2003 version of the set. Ryan also reviewed the original Snowtrooper battle pack and AT-ST sets just before rumours of new versions appeared online, so read into it what you will.