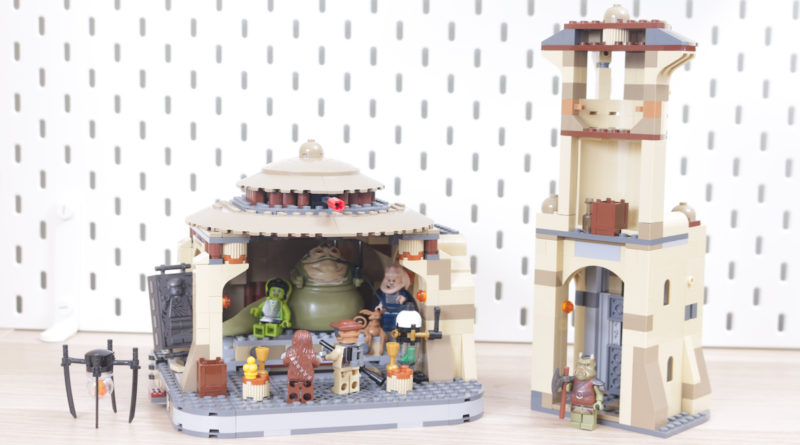 A LEGO Star Wars Jabba’s Palace Diorama is rumoured to be on the cards for 2023, either in addition to or in place of the previously-reported Death Star Throne Room Diorama.

Initial rumours around next year’s LEGO Star Wars line-up suggested one of at least two new diorama sets would depict Return of the Jedi’s climactic lightsaber duel, with the product number 75352. StoneWars now claims that the same set number could actually belong to a diorama of Jabba the Hutt’s palace, complete with roughly five or six minifigures.

Among those said to be included are (of course) Jabba himself, along with Bib Fortuna and a new version of Boushh, the bounty hunter Leia disguised herself as to gain entry to the Hutt’s lair. The set will apparently arrive in either April or May 2023 for €99.99, which is a full €20 cheaper than 2012’s 9516 Jabba’s Palace (pictured above).

Given the size of the first three LEGO Star Wars dioramas, including 75329 Death Star Trench Run Diorama and 75330 Dagobah Jedi Training Diorama, a follow-up set of Jabba’s Palace would likely not include the tower from the 2012 set, but instead focus mostly on the Hutt’s throne. That would account for the lower price, even factoring in a decade’s inflation.

It’s also worth considering just how much room the moulded Jabba figure would take up when envisioning any possible palace diorama, but we’ll have to wait to see how the LEGO Group handles it – if this set exists at all. At this stage, it’s still just a rumour, so take it lightly. For now, you can currently revisit this location in 75326 Boba Fett’s Throne Room.

StoneWars notes that the reported Death Star Throne Room Diorama could still be on the way with a different product number, meanwhile, rounding out what might end up being a trio of Return of the Jedi dioramas for the film’s 40th anniversary. Also rumoured for next year is 75353 Endor Speeder Bike Chase Diorama, which is thought to include at least Luke Skywalker and a Scout Trooper among a roster of four minifigures.

Here’s a complete round-up of every LEGO Star Wars set currently rumoured for release in 2023.