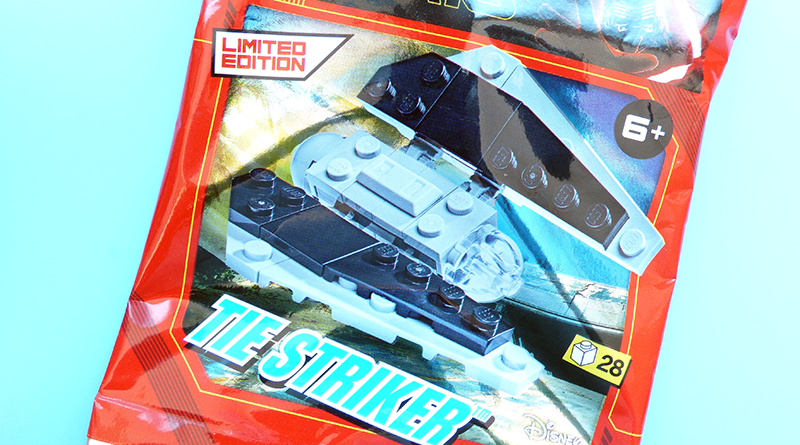 The TIE Striker build, inspired by the ship from Rogue One: A Star Wars Story, uses 28 pieces.

In “Adventures in the Force”, the first of this month’s comic book stories, Yoda’s Padawan training session is interrupted by General Grievous, with the adventure only escalating. The second comic strip focuses on the TIE Striker, with an Imperial and Revbel coming face to face. A pull-out poster features Darth Vader on one side and Luke Skywalker on the other.

Next month’s LEGO Star Wars magazine, Issue 57, will come with a buildable Mouse Droid and R2-D2. It will be on sale on March 25.