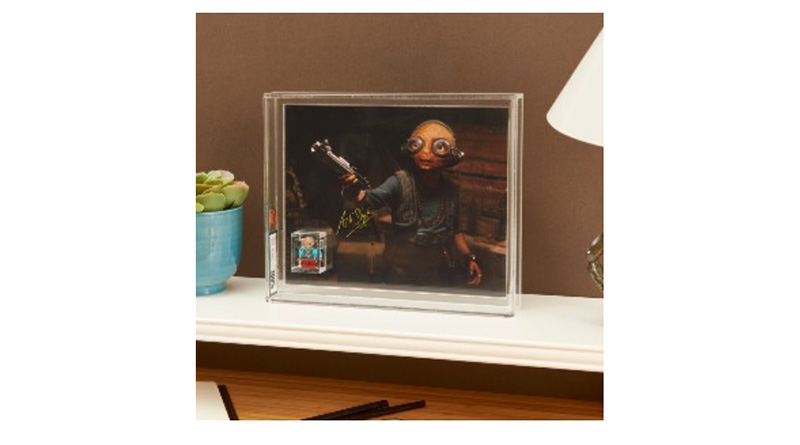 The LEGO VIP Reward Centre is offering a sweepstake for a signed Maz Kanta minifigure from the LEGO Star Wars theme.

In February, the LEGO VIP Reward Centre launched a new sweepstake option. In exchange for some points, fans could ‘buy’ entries to be in with a chance of winning a rare San Diego Comic Con exclusive Shazam! minifigure.

The next sweepstake has launched, with this one offering a LEGO Star Wars Maz Kanata minifigure signed by Arti Shah, the actor who stood in for the character on set, also known as a ‘motion capture double’. She has not exactly signed the minifigure itself, as it comes presented in a frame, with the picture of Maz Kanata signed.

One entry uses 50 points, with up to 15 entries per member. The contest is open until April 19.