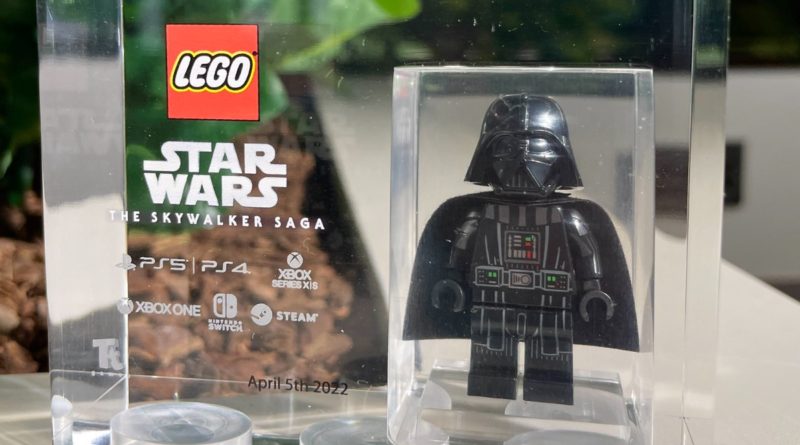 A TT Games programmer has revealed the studio’s latest employee-exclusive gift for LEGO Star Wars: The Skywalker Saga, which continues a long tradition of commemorative bricks.

For the vast majority of its LEGO video games – going all the way back to at least 2008’s LEGO Batman: The Videogame – TT Games has gifted its development team with transparent trophy bricks, each of which is printed with the game it’s commemorating and houses a relevant LEGO minifigure of the employee’s choice.

Those bricks – which are also stackable, just like real LEGO elements – have since become collectors’ items in their own right, with many fetching hundreds on the aftermarket. Recent auctions on eBay have seen two different LEGO Batman 3: Beyond Gotham bricks sell for £236 and £310 respectively, for instance, while an original trophy from the first LEGO Batman game sold for more than £600.

TT Games has now handed out bricks to celebrate the launch of LEGO Star Wars: The Skywalker Saga, its latest and most ambitious LEGO video game to date, which has already sold over three million copies. Senior Game Programmer Cameron McNicol tweeted an image of his commemorative gift, which features the Darth Vader minifigure that towers over the game’s key art.

Collecting each unique version is likely an impossibility, then, but you might be able to snag at least one LEGO Star Wars: The Skywalker Saga brick a couple of years down the line. Just keep your eyes peeled on the aftermarket, because they’re generally pretty hard to find…

For more on LEGO Star Wars: The Skywalker Saga, check out our dedicated hub, or dive into our detailed review.