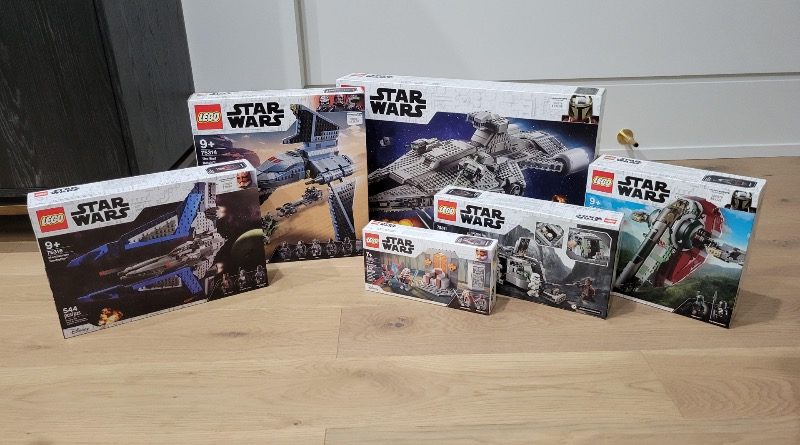 This summer’s LEGO Star Wars sets are already beginning to show up on shelves, almost two weeks before their official release date.

75310 Duel on Mandalore, 75311 Imperial Armored Marauder, 75312 Boba Fett’s Starship, 75314 The Bad Batch Attack Shuttle, 75315 Imperial Light Cruiser and 75316 Mandalorian Starfighter are all due to launch on August 1 – but that hasn’t stopped some retailers from putting them out early.

Take Mastermind Toys in Toronto, Canada, where redditor No-Brick-4792 managed to grab the entire wave of sets based on Disney+ shows The Clone Wars, The Mandalorian and The Bad Batch. According to the same user, their local toy store is ‘always allowed to release [new sets] early’, so if you’re local to the area, it’s worth checking out.

The rest of us will just have to wait for the sets to launch proper at LEGO.com on August 1, but no matter: it’s only days away now (um, where did 2021 go?). In the meantime, check out all our reviews of the summer LEGO Star Wars wave by clicking on the links below:

That batch of heavily-anticipated sets will arrive alongside 75309 Republic Gunship, the latest Ultimate Collector Series model – and the first one voted for by fans. Check out our review of that one here.