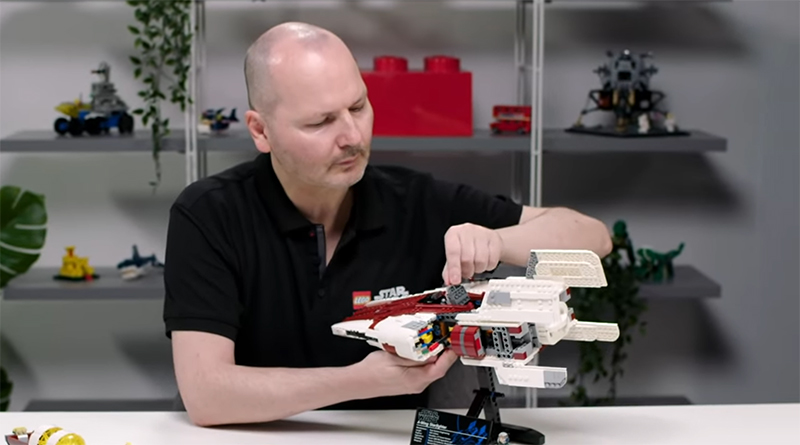 LEGO Designer Hans Schlömer introduces LEGO Star Wars Ultimate Collector Series (UCS) 75275 A-wing Starfighter in a new designer video, explaining a little about the process of designing the model. The set was announced yesterday and will be released on May 1.

“At first it seemed like a pretty straightforward design because it is not a very complicated shape, but very often the most simple shapes, if they are curved and round, turn out to be rather difficult to design with blocky LEGO. Of course we have a lot of curved and rounded elements but the trick is to find the right element for the right job,” he says.

“If you have already built a LEGO Star Wars model, UCS, a bigger model, you will probably recognise some of the building techniques used in this model. It has an internal Technic frame to which all the other cool bits are attached. While the Technic frame is just that, it gets a lot more interesting one you build the stuff that gets attached to the sides for instance. There is a middle part right after the nose that is a really, really interesting build, it goes in all directions.”

As well as building the ship itself, the 1,673 piece set will build a display stand and includes an exclusive A-wing Pilot minifigure. The model measures 27cm high, 16.5cm long and 26cm wide.