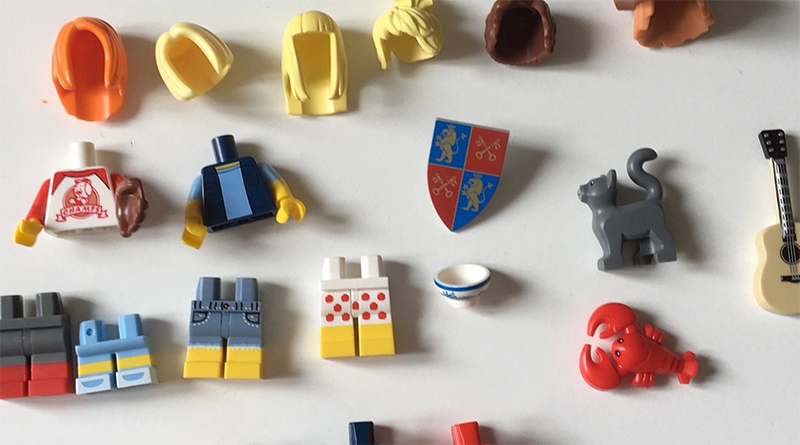 Fans have found exclusive elements at the Build-a-Minifigure stations at LEGO official stores.

When perusing the parts in the LEGO Store Build-a-Minifigure stations, fans might have found some unique items. AFOL Jack took to Twitter to reveal his haul, showing a number of parts – some of which had been released before in sets, but many that were brand new and never before released.

He asked LEGO Vice President of Design Matthew Ashton: “…can you shed any light on the recent glut of minifigure parts showing up in LEGO store build a minifig bars that aren’t in sets?” 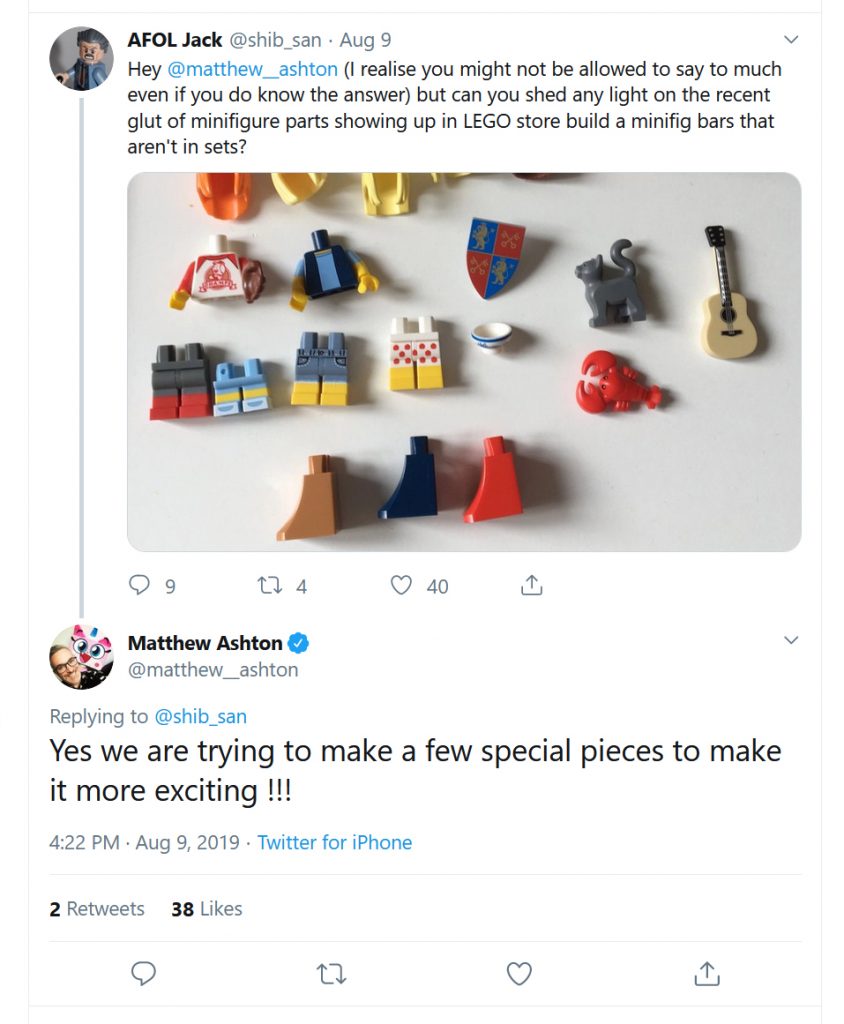 It was not long before he received confirmation from the design expert: “Yes we are trying to make a few special pieces to make it more exciting!!!”

For those who enjoy building up their parts collection, it is well worth investigating the Build-a-Minifigure station a little closer the next time they take a trip to the LEGO Store. It is always possible that some of the elements will turn up in boxes at a later date.

New LEGO Stores will come to Birmingham and Southampton in the UK later his year.