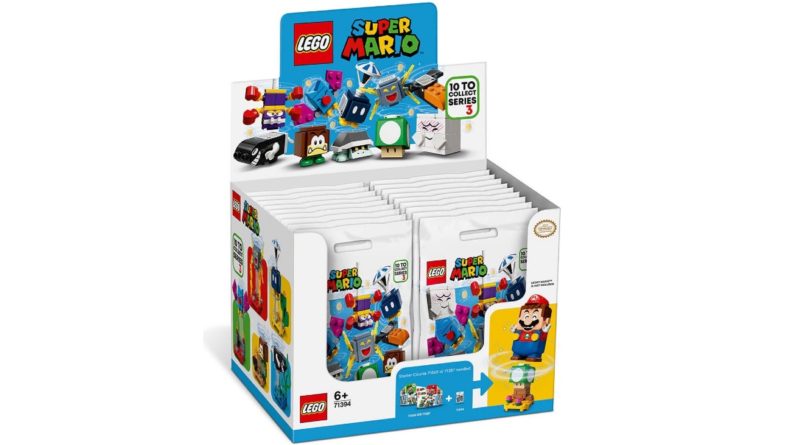 The full box distribution for LEGO Super Mario 71394 Character Packs – Series 3 has been revealed, and it’s not great news for collectors.

Previous boxes of Super Mario Character Packs have included 20 blind bags per case, totalling two full series of 10 buildable characters. However, Brickset reports that the latest batch has been slimmed down to 18 packs per box, meaning you’ll no longer get two complete sets by buying an entire case.

Brickset’s copy contained just one each of Crowber and Bony Beetle, suggesting those may be the rarer characters in this newly-launched third series, which also includes a Galoomba, Boo, Amp, Scuttlebug, Scoop, Torpedo Ted, Parachute Bob-omb and a 1-Up Mushroom.

If you’re buying bags at random, the box distribution won’t be as much of an issue (bar those two potentially rarer characters), but those hoping to split an entire case with a friend will be disappointed by this change. It’s not the only time the LEGO Group has scaled back on box sizes for its mystery products: the Collectible Minifigures downsized from 60 bags per case to just 36 with 71029 Series 21.

71394 Character Packs – Series 3 is available now, alongside the rest of the summer Super Mario wave. That includes 71387 Adventures with Luigi Starter Course, which sees the lesser-known Mario Bro join the fray for multiplayer gameplay.