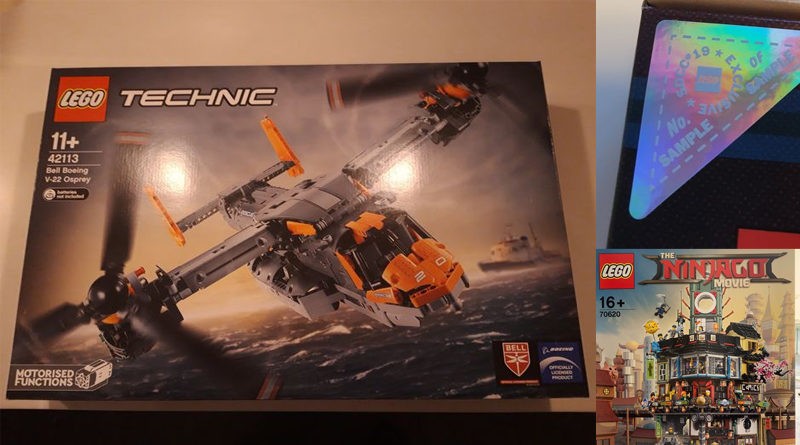 There’s another opportunity to pick up the cancelled LEGO Technic set, 42113 Bell Boeing Osprey, or at least see how high its aftermarket price goes, thanks to Catawiki.

Brick Fanatics has partnered with the auction-based website and each week we will bring you some of the most notable or interesting LEGO-related listings due to go live at Catawiki.

This coming week sees collectors in with a chance at LEGO Technic 42113 Bell Boeing Osprey, perhaps the rarest type of San Diego Comic Con exclusive and the much-loved 70620 NINJAGO City.

Have you heard about LEGO Technic 42113 Bell Boeing Osprey? Of course you have. It was first shown back at this year’s industry toy fairs, then the LEGO Group didn’t mention it… until 10 days before its release, when the company said the product was ‘cancelled’ and wouldn’t be released due to its military connotations.

A batch of sets did make it out though, so some entrepreneurial-minded people – and hopefully even the odd LEGO collector – were able to get hold of the coveted set. As every LEGO fan knows, no set is more appealing than the one they can’t have.

Catawiki has just opened up an auction for LEGO Technic 42113 Bell Boeing Osprey, with shipping to the UK priced at just €25.00. Given the expert’s estimate is that the set will go for between €330 and €430, this could be a great opportunity to get the desirable set for a much lower price than it is listed for on other platforms.

For some though, that LEGO set just isn’t rare enough. Collectors who want the rarest of the rare will want to take a look at 77902 Captain Marvel and the Asis. It was a San Diego Comic Con exclusive in 2019, and like all of those limited run releases, is not cheap on the secondary market. What makes the sample Catawiki have up for auction though is that it is not numbered – where a limited edition number is usually printed, it is marked ‘sample’.

Such samples are most likely used for display or for quality control purposes. Whatever the reason for it being a ‘sample’, it makes it harder to acquire than a numbered edition, as it will never have been for sale like the numbered versions at San Diego Comic Con.

Not everyone’s in the market for some super rare LEGO set though, some people just want an incredible building experience. That’s where one of the greatest LEGO sets of all time – with Brickset users recently agreeing with that assessment – comes in. The LEGO NINJAGO Movie may have been a rough film, but 70620 NINJAGO City gave adult fans the set of their dreams.

Given that the beautiful set was retired last year, the Catawiki auction is a great opportunity to pick up the best LEGO building experience of the last few years now that it is no longer available to buy in stores.

The auctions launch today, so now is the time to get those bids in for anyone who wants to add a new set to their collection. 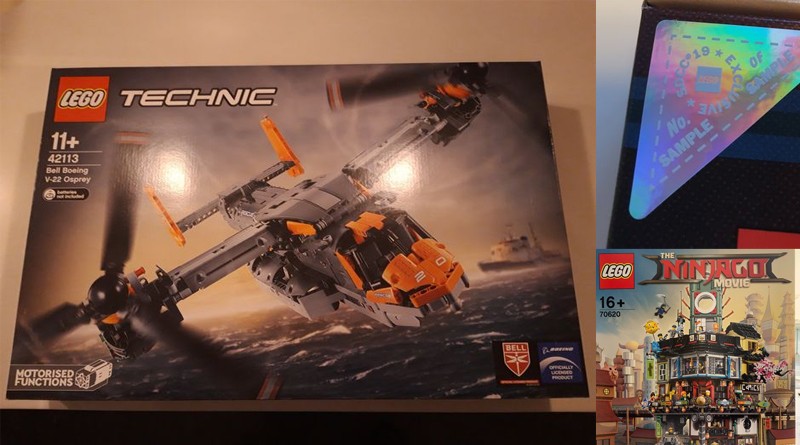