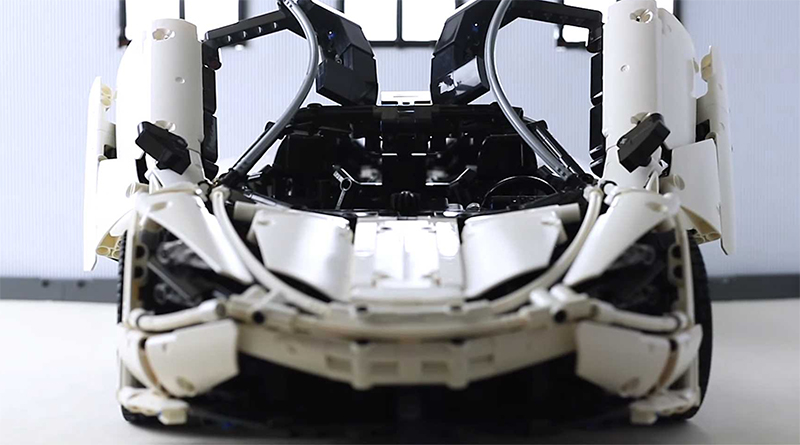 A LEGO Technic fan has built their own version of the McLaren 720S.

While the LEGO Technic design geniuses at the LEGO Group have released some excellent models of supercars – such as 42083 Bugatti Chiron, 42093 Chevrolet Corvette ZR1 and 42096 Porsche 911 RSR. Fans have plenty of other impressive cars to convert into LEGO builds left to choose from, as Charbel has done with the McLaren 720S.

After two years of finessing, the Technic fan uploaded this video to YouTube that reveals the impressive model. Websites such as Motor1 have picked up on the MOC, highlighting the functions that include butterfly doors, independent suspension and an eight-speed sequential gearbox. The model has been carefully scaled so that it matches the size of the wheels.

The builder has teased instructions for the model, suggesting that they will be released within the next month.

Three new sets were recently launched in the theme: