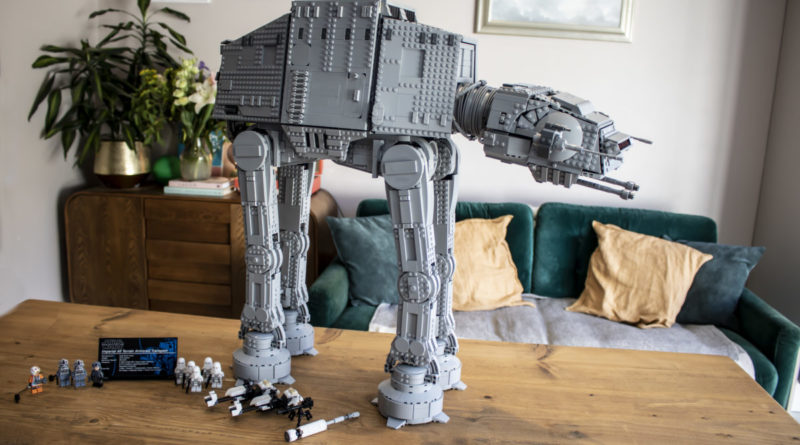 Clocking in at a whopping 6,785 pieces, 75313 AT-AT is second only to 75192 Millennium Falcon in terms of LEGO bricks. Once constructed, the Imperial Walker is a dominating build, but also one that has plenty of secrets to spot. Here are the top 10 Easter eggs we’ve found.

Included with the set is a small grappling gun that can be attached to both the Luke Skywalker minifigure’s hand and the underside of the AT-AT. Look closely and you’ll spot a small slot beneath the walker—handy for throwing a thermal detonator inside.

The legs of the walker can be adjusted by hand using a special LEGO wrench tool included with the set. The tool slots into the stand that features the AT-AT’s information plaque, and one end of the tool has a small Imperial logo piece on it.

8 – Aren’t you a little short for a Snowtrooper?

Snowtrooper minifigures usually all have the same faces (even though they’re not clones), but 75313 AT-AT changes all of that. The four Snowtroopers in the set have much more diversity in their appearance, which is a welcome change.

Inside the cockpit of the AT-AT is small sticker showing the AT-AT’s primary target—the Rebel shield generator. This is a great touch, even if it is one that’s only visible when the cockpit is opened up.

The General Veers minifigure is unique to this set as it features new dual-moulded legs to represent boots. Previous versions of the minifigure haven’t had this, so it’s great to see even more detail being added to the character.

As previously mentioned, 75313 AT-AT is so large it has enough seats for 40 Snowtrooper minifigures to sit down. However, it is possible to add even more minifigures standing up. We wonder just how many can be crammed in there?

4 – The power of the Dark Side

The Snowtrooper Commander minifigure has two blue marks on his chest plate to denote rank. The troopers deployed in the Battle of Hoth were Vader’s Fist, an elite legion loyal to the Dark Lord of the Sith himself.

Another nice touch can be found inside the main body section of the AT-AT. Next to each seat is a small LEGO piece that can be used to store each Snowtrooper minifigure’s blaster while the AT-AT is in motion.

The rear section of the AT-AT features a hatch that can be opened, allowing access to two fuel cells inside. In the Star Wars universe, Imperial Walkers were powered by fuel slug tanks connected to the drive motors for its legs.

Although never seen in The Empire Strikes Back, the set also includes two snow speeder bikes for the troopers to ride. Cutaway drawings of the AT-AT have previously shown that there is indeed room for a number of speeder bikes to fit inside a walker. 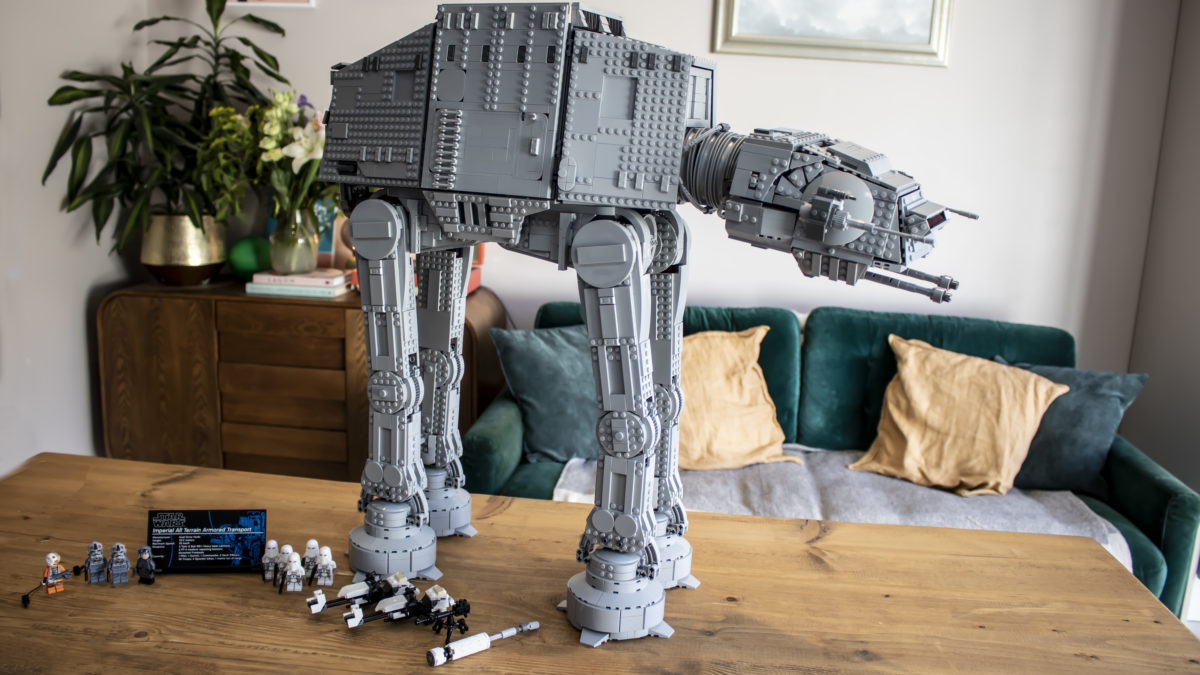