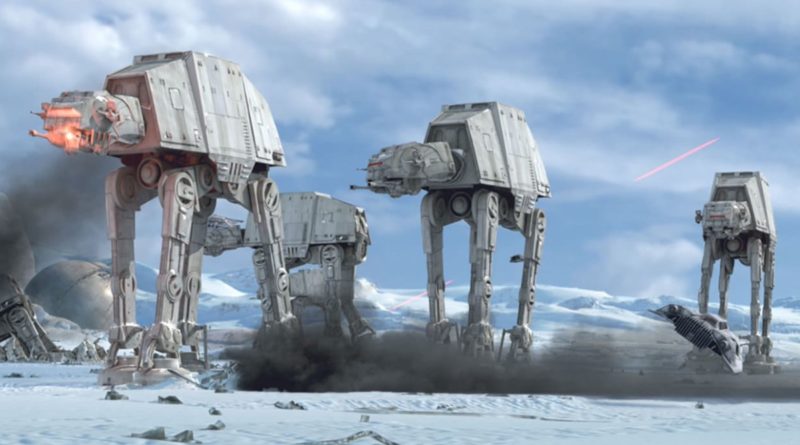 As we inch ever-closer to the launch date of the rumoured LEGO Star Wars UCS AT-AT, here’s five things we need to see in the enormous armoured walker.

While the LEGO Group has yet to confirm reports of a giant, Ultimate Collector Series take on the four-legged beast, that hasn’t stopped us from dreaming about what such a set might look like – or what it could involve. And in the spirit of recent LEGO Star Wars behemoths like 75192 Millennium Falcon and 75252 Imperial Star Destroyer, we’re dreaming big.

Here’s everything we’re hoping to see from the rumoured 75313 AT-AT, which is currently said to launch on Black Friday (or November 26).

First and foremost, any LEGO Star Wars UCS AT-AT needs to be the definitive LEGO Star Wars AT-AT, and that means sheer, overwhelming size. The current play-scale iteration 75288 AT-AT measures in at 34cm tall, but any Ultimate Collector Series version should tower above that – particularly with a rumoured piece count of 6,782.

4 – A mountain of minifigures

Ultimate Collector Series sets aren’t known for their minifigures – Master Builder Series sets like 75290 Mos Eisley Cantina are better for bulking out your collection of tiny plastic people – but 75313 AT-AT should be the exception to that rule, particularly if it’s decked out with an interior (more on that later).

3 – The ability to support its own weight

Being able to support itself sounds like a basic requirement of any LEGO model, but we wouldn’t be completely surprised to see 75313 AT-AT include some kind of black Technic stand.

The physics behind constructing a four-legged walker capable of supporting its own weight have long been a point of contention for fan designers, and have supposedly been the main stumbling block preventing the release of a UCS AT-AT – until now.

Here’s hoping these rumours mean the LEGO Group has figured out the secret to supporting the enormous Imperial walker on its own four legs.

If the LEGO Star Wars design team has indeed cracked the magic formula to make their AT-AT stand up of its own volition, the next logical step is allowing those legs to be placed in a walking pose. This one feels like a bit more of a pipe dream, though, because getting the AT-AT to support its own weight will probably mean static legs. But hey, this is a dream list…

One thing previous AT-ATs have lacked – predominantly by dint of their size – is a fully-accurate interior, allowing us to store Snowtroopers, speeder bikes and E-Web turrets away inside their shells, and thus sort of defeating the purpose of being an All-Terrain Armoured Transport.

An Ultimate Collector Series version should be able to easily rectify this error by including a full interior, as well as space for two AT-AT Pilots and General Veers in the walker’s head.

Remember, any and all reports of a UCS AT-AT are purely rumours at this stage, and we could yet lumber on through to 2022 with no further direct-to-consumer LEGO Star Wars sets. (We have already had two this year in 75308 R2-D2 and 75309 Republic Gunship, after all.)