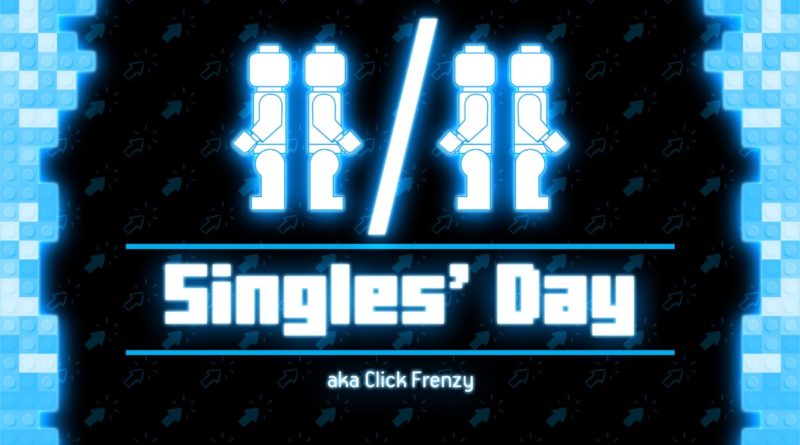 The LEGO Group is celebrating Singles’ Day in 2021, which means we could potentially see great deals on LEGO sets ahead of VIP Weekend and Black Friday.

Originally a Chinese holiday, Singles’ Day has now spread to countries including Australia, the UK and the US. It falls on November 11 – or 11/11 – because the Chinese symbol for the number one looks like a ‘bare stick’, a slang term for someone who’s not yet married. In Australia, it’s known as Click Frenzy.

A new page for Singles’ Day has already appeared at LEGO.com, with a total of 33 sets listed beneath the marketing copy: “There’s no better way to treat yourself on Singles’ Day than getting yourself a gift – and if you know other happy singles who love to build, why not pick out something they’ll love too?”

Those products mainly include 18+ models like 76178 Daily Bugle, 10276 Colosseum and 75309 Republic Gunship, though there are a handful of exceptions (such as 75314 The Bad Batch Attack Shuttle and 71387 Adventures with Luigi). Nevertheless, it’s clear that the LEGO Group is using this shopping event as another way to target its expanding adult market.

Does that mean we’ll see potential offers and deals across Singles’ Day? Nothing is certain at this point, but we’re hoping for at least one or two discounts on some of the company’s biggest and best sets. After all, there’s no better cure for loneliness than buying stuff.

Click here for a more in-depth look at what to expect from Singles’ Day in 2021.