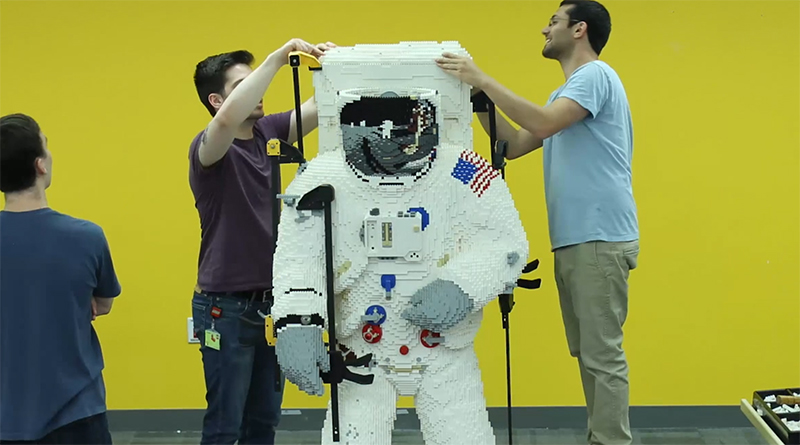 The LEGO Group has built a 30,000 piece LEGO astronaut to celebrate the 50th anniversary of the Apollo moon landing.

50 years ago today, the Saturn V launched on the Apollo 11 mission that would see people land on the Moon for the first time. To celebrate the occasion, the LEGO Group has built a life sized Apollo 11 lunar module pilot using 30,000 bricks. The detailed build follows the space suits that were worn in 1969, when Neil Armstrong and Buzz Aldrin stepped onto the Moon’s surface on July 20.

Fans will of course be familiar with the minifigure versions of the Apollo 11 astronauts, which comes in LEGO Creator Expert 10266 NASA Apollo 11 Lunar Lander (review) along with the detailed model of the lunar module.

The public will be able to see the build up close at the Apollo 50 Festival, taking place on the National Mall in Washington D.C., USA from July 18 to July 20. There will also be a hands-on build that will allow visitors to help construct a 20 foot tall replica of a piece of technology that will be pivotal to the next phase of the Mars mission, looking to the future as well as acknowledging the past.

In Canada, the LEGO Group has constructed one of the tallest LEGO rockets ever. The 80,000 brick rocket stands at 11 feet tall and will be on display at the Ontario Science Centre until September 2.

The LEGO Group has also announced a partnership with Scholastic to send 50 children to NASA Space Camp next year.